UNOOSA Director, Ms. Simonetta Di Pippo, maintains responsibility for the Office's management and administration, provides strategic guidance to its work and ensures that it is implemented in accordance with the mandates of the General Assembly, the Committee on the Peaceful Uses of Outer Space (COPUOS), and the established policies of the United Nations. She develops the work programme of the Office and ensures the Office's efficiency, transparency and accountability. The Director also manages the peaceful uses of outer space programme.

Alongside the team in the Office of the Director, Ms. Di Pippo oversees and coordinates the strategic direction and operational priorities of the Office, including the preparation, monitoring and implementation of the work plan, budget and the strategic framework of the Office.

Before taking up duty at the United Nations

After graduating from Astrophysics and Space Physics from the University "La Sapienza" in Rome, Italy in 1984, Ms. Di Pippo joined the Italian Space Agency (ASI) in 1986. Her responsibilities ranged from earth observation to automation & robotics, science and human spaceflight and in 2002 she took up duty as Director of the ASI's Observation of the Universe. From 2008 to 2011, she served as Director of Human Spaceflight at the European Space Agency (ESA), before returning to ASI to lead the European Space Policy Observatory at ASI-Brussels until March 2014, when she was appointed Director of UNOOSA.

In 2009, Ms. Di Pippo co-founded Women in Aerospace Europe (WIA-E). She is an Academician of the International Academy of Astronautics and since 2016 a member of WEF Global Future Council on Space Technologies, co-chairing it from 2020.

Ms. Di Pippo was knighted by the President of the Italian Republic in 2006 and, in 2008, the International Astronomical Union assigned the name "dipippo" to asteroid 21887, in recognition of her efforts in space exploration. In 2018, she was awarded the Hubert Curien Award as the first woman laureate. Ms. Di Pippo also holds an Honoris Causa Degree in Environmental Studies from St. John University, and an Honoris Causa Degree in International Relations from John Cabot University. 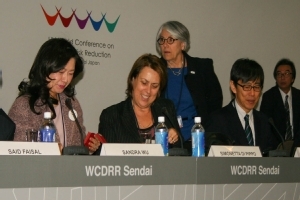 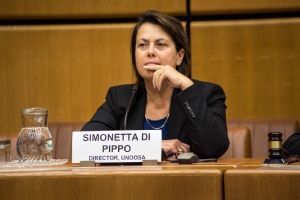 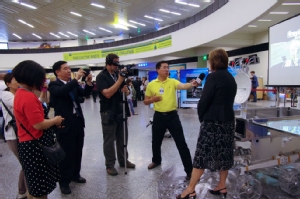