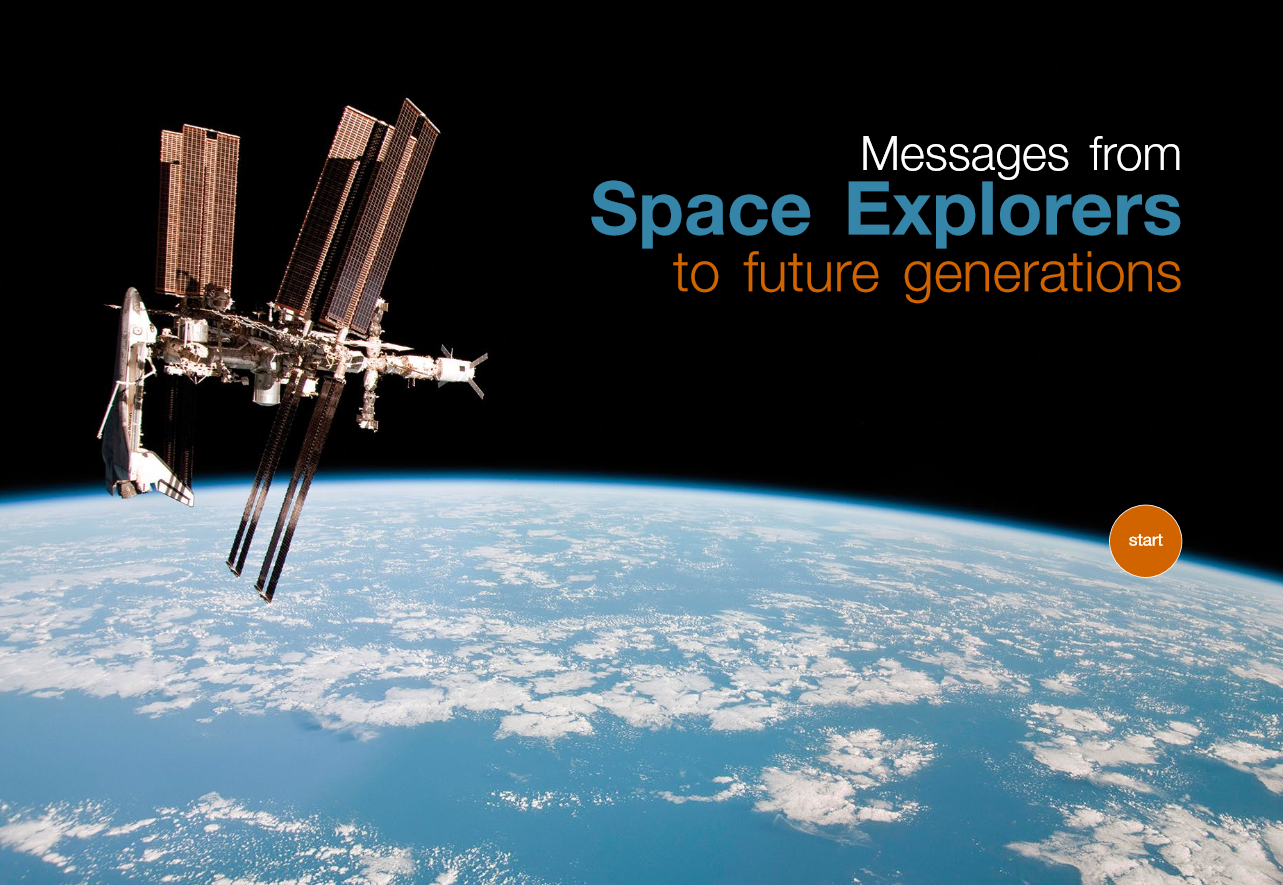 In honour of the fiftieth anniversary of human space flight, the United Nations declared 12 April as the International Day of Human Space Flight.

To pay tribute to the extraordinary journey of the men and women who have flown into space, and to capture their unique perspectives and experiences in a distinctive collection, the United Nations Office for Outer Space Affairs (UNOOSA), is inviting past and present space explorers to sign an autograph sheet and to provide a message that might inspire future generations.

This autograph album contains a copy of the signed sheets received from 68 participating space explorers from 20 nations as well as their messages in the United Nations official languages.

The album also contains a copy of the autographs of Yuri Gagarin and Edward H. White on their visit to United Nations.

If you are an astronaut and would like to contribute to the Messages from Space Explorers, the UN Office for Outer Space Affairs can be contacted at oosa@unoosa.org