Since the beginning of the space age, triggered by the launch of Sputnik I in 1957, the United Nations has accorded significant importance to the promotion of greater international collaboration in outer space.

The potentials of space technology for socioeconomic development were immense and that the best way to reap these benefits were through international cooperation in the peaceful uses of outer space,  facilitated by the United Nations.

Recognising this immense potential of space technology for socioeconomic development, the United Nations organized three unique global Conferences on the Exploration and Peaceful Uses of Outer Space  - UNISPACE Conferences -  to engage States and international organizations to further their cooperation in the peaceful uses of outer space.

UNISPACE Conferences provided a platform for a global dialogue on key issues related to space exploration and exploitation that have yielded tremendous scientific as well as economic and societal benefits for humankind.

All three UNISPACE conferences were held in Vienna. 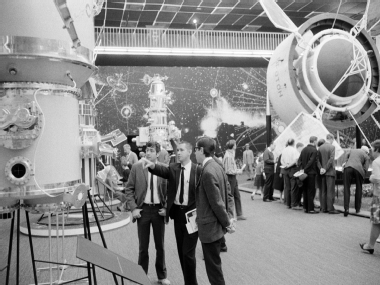 UNISPACE I, held from 14 to 27 August 1968,  was the first in a series of three global UN conferences on outer space, which focused on raising awareness of the vast potential of space benefits for all humankind. The Conference reviewed the progress  in space science, technology and applications and called for increased international cooperation, with particular regard to the benefit of developing nations. The Conference also recommended the creation of the post of  Expert on Space Applications within UNOOSA, which in turn led to the creation, in 1971, of the UNOOSA Programme on Space Applications. Throughout the 1970s, the Programme implemented trainings and workshops, using space technology in such diverse areas as telecommunications, environmental monitoring and weather forecasting, remote sensing for disaster mitigation and management, agricultural and forestry development, cartography, geology and other resource development applications.

The report of UNISPACE I Conference, which was attended by 78 Member States, 9 specialized UN agencies and 4 other international organizations, is part of the Report of the Committee on the Peaceful Uses of Outer Space, document A/7285. 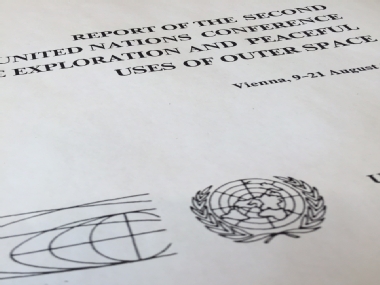 UNISPACE II (or UNISPACE 82) was held from 9 to 21 August 1982, attended by 94 Member States and 45 intergovernmental and non-governmental organizations. UNISPACE II addressed the concerns of how to mantain the outer space for peaceful purposes and prevent an arms race in outer space as essential conditions for peaceful exploration and use of outer space. The Conference focused on strengthening the United Nations' commitment to promoting international cooperation to enable developing countries to benefit from the peaceful uses of space technology. UNISPACE II led to strengthening of the UNOOSA Programme on Space Applications, which increased opportunities for developing countries to participate in educational and training activities in space science and technology and to develop their indigenous capabilities in the use of space technology applications. UNISPACE II also led to the  establishment of regional centers for space science and technology education, which are affiliated to the UN and focus on building human and institutional capacities for exploiting the immense potential of space technology for socio-economic development. 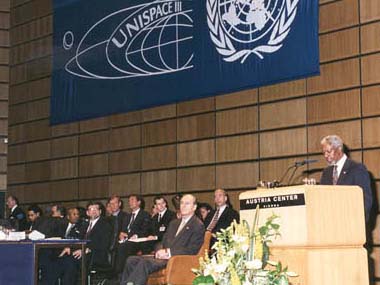 Rapid progress in space exploration and technology led to UNISPACE III conference, held from 19 to 30 July 1999. Attended by 97 Member States, 9 UN specialized agenices and 15 international intergovernmental organizations, UNISPACE III created a blueprint for the peaceful uses of outer space in the 21st century.

UNISPACE III outlined a wide variety of actions to:

UNISPACE III concluded with the Space Millennium: Vienna Declaration on Space and Human Development (Vienna Declaration), which contained 33 recommendations as elements of a strategy to address new challenges in outer space activities.

See the implementation of UNISPACE III recommendations in UNISPACE III+5 report, A/59/174