A student team from the German Jordanian University, Jordan, was awarded a fellowship in the DropTES 1st cycle with the theme of "Stabilizing the Electrodynamic Tether by Using Tilger"

The dynamics of electromagnetic tethers have been studied for de-orbiting, orbital boosting, and station-keeping of satellites. When a conductive tether moves through the Earth's magnetic field, the motional electromotive force generates an electric current through the tether, and the interaction between the current and the Earth's magnetic field generates a Lorentz force. However, the electromagnetic tether system has been found to be inherently unstable by itself. The main objective of the fellowship proposal is to investigate the stability of tether dynamics for satellites with electromagnetic tether systems using a Tilger, a mass damper.

The preparation work began with drafting the work plan using the ZARM Drop Tower User Manual in close cooperation with ZARM. Following the work plan, the team manufactured the experimental model instruments and conducted preparatory ground work at their university. The team transported their instruments to the Bremen Drop Tower and started on-site preparation on 17 November 2014.

The second drop experiment confirmed that the system in microgravity behaved similar to its behaviour on the ground, as expected. It means that the Tilger system can be used in outer space if the proper feedback mechanism is installed. The team wanted to examine a different setup in which one rubber band was attached to the pendulum mass and fixed to the lower platform of the capsule in order to see whether this arrangement would lead to a similar result as the two-rubber-band setup.

The third drop experiment was carried out, but it did not give the expected results. In the fourth drop experiment, the team wanted to confirm that the second drop results were genuine and to see that the damping of the system would be induced by the Tilger system but not by the rubber bands. So the fourth drop was carried out and indeed the pendulum behaved similarly to its behaviour on the ground with much less damping. These results confirmed that the interaction between the simple pendulum and the Tilger system will lead to damping of the simple pendulum and that it could be used for damping of tethers in satellites.

The final report submitted by the team is available here. 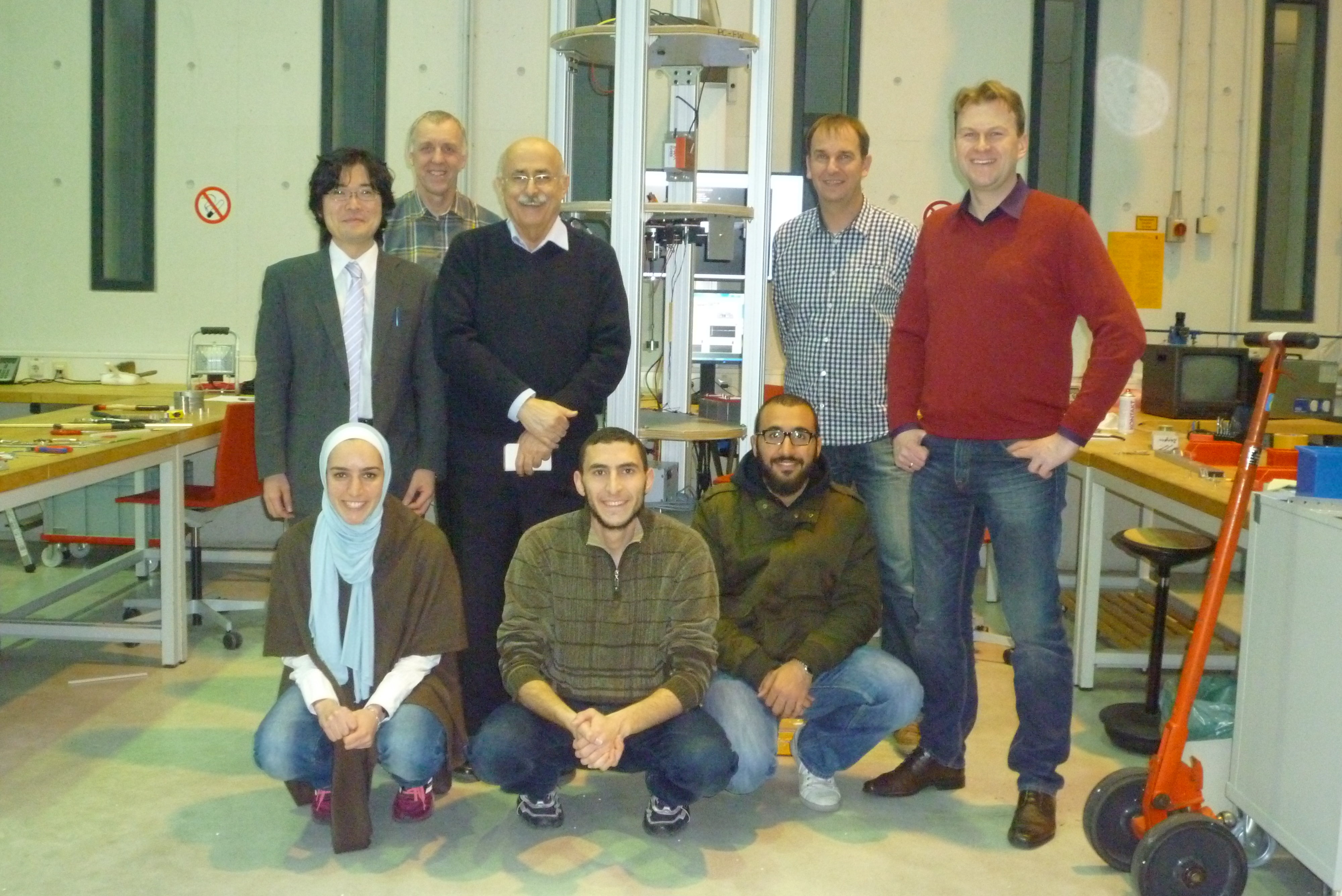