In 2019, DropTES programme welcomed its 6 th cycle of the series. Despite the cold weather outside, we had cheerful and international team from Politecnico di Milano (Polimi).

It was indeed international but strongly united team. 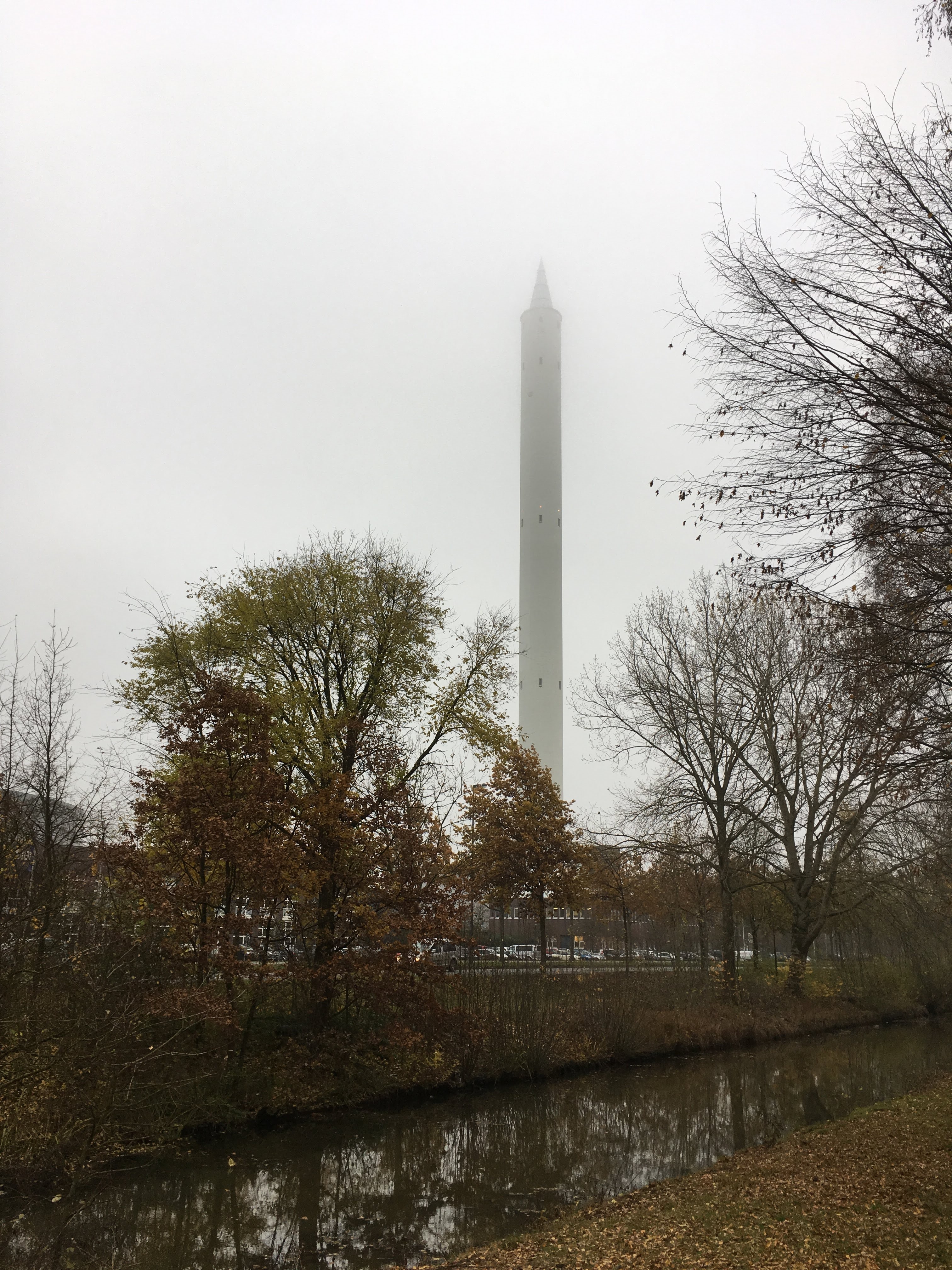 The work of the team can be framed in the study of the movement of liquids in space, also known as low-gravity sloshing. This phenomenon has been a concern for spacecraft designers and operators since the beginning of the Space Era. The dynamics of liquids in microgravity are hard to predict and simulate, becoming a source of disturbances and, in extreme cases, a safety risk. The absence of gravity is behind this behaviour: while normal-gravity sloshing can be studied with standard analytical tools, in space other forces (such as surface tension) acquire a dominant role and complicate the analysis.

A gravity-equivalent magnetic force may be used in space to face this problem. However, this is as an almost unexplored solution from both the scientific and technological viewpoints. The team proposed to analyse the lateral sloshing of a ferrofluid solution in low-gravity with the aim of measuring its oscillation frequency while subjected to different magnetic field intensities. This result can be used to validate recently developed magnetic sloshing models, which would prepare the path for the design of magnetic sloshing dampers and other liquid management devices in reduced gravity environments (ref: https://doi.org/10.1115/1.4045620).

During the week preceding the drop campaign, the team integrated the experimental setup in the drop tower capsule after facing several challenges. The first of them was ensuring that the electronic connections were reliable. Since during the catapult drop the assembly is subjected to an acceleration 50 times larger than the one over Earth, it was key to reinforce the different subsystems in order to avoid fatal disconnections. A second challenge was to supply a stable current intensity to the high-power magnetic coils. Fortunately, the ZARM engineers were able to find and purchase a suitable power source. Finally, it was key to ensure that the capsule was well-balance; that is, that the centre of gravity of the capsule remained in a small circle surrounding its symmetry axis. It was the very first time that an experiment involved an internal lateral displacement, and specific safety measures had to be implemented. Nobody wanted to crash a 500 kg capsule at the bottom of the tower… but the efforts from everyone had a great result: the drops were perfectly safe!

The team devoted to preparation from early in the morning till late at night. The capsule was balanced in the afternoon in a specific facility designed by ZARM, and the final tests on the balanced assembly followed then. 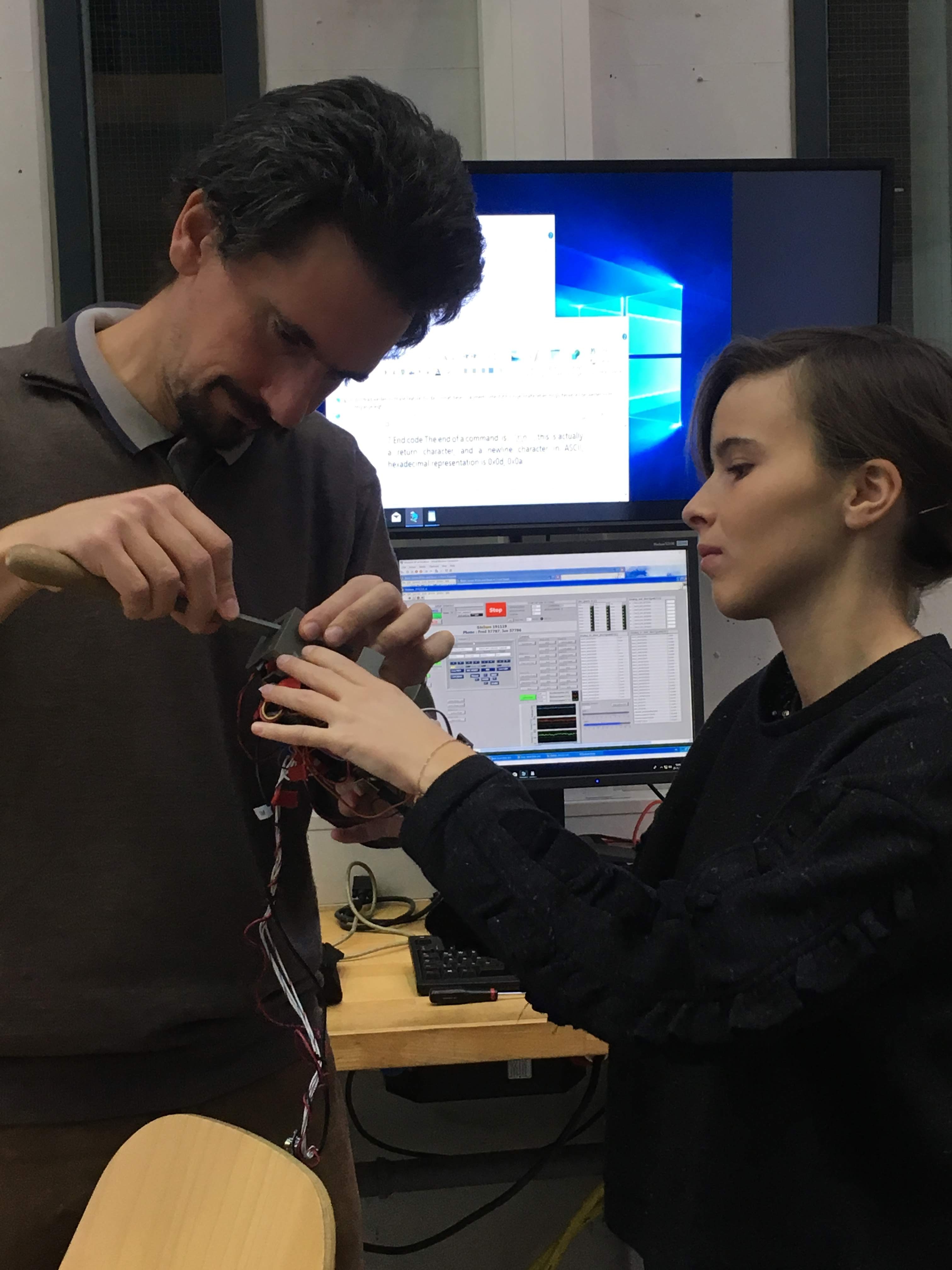 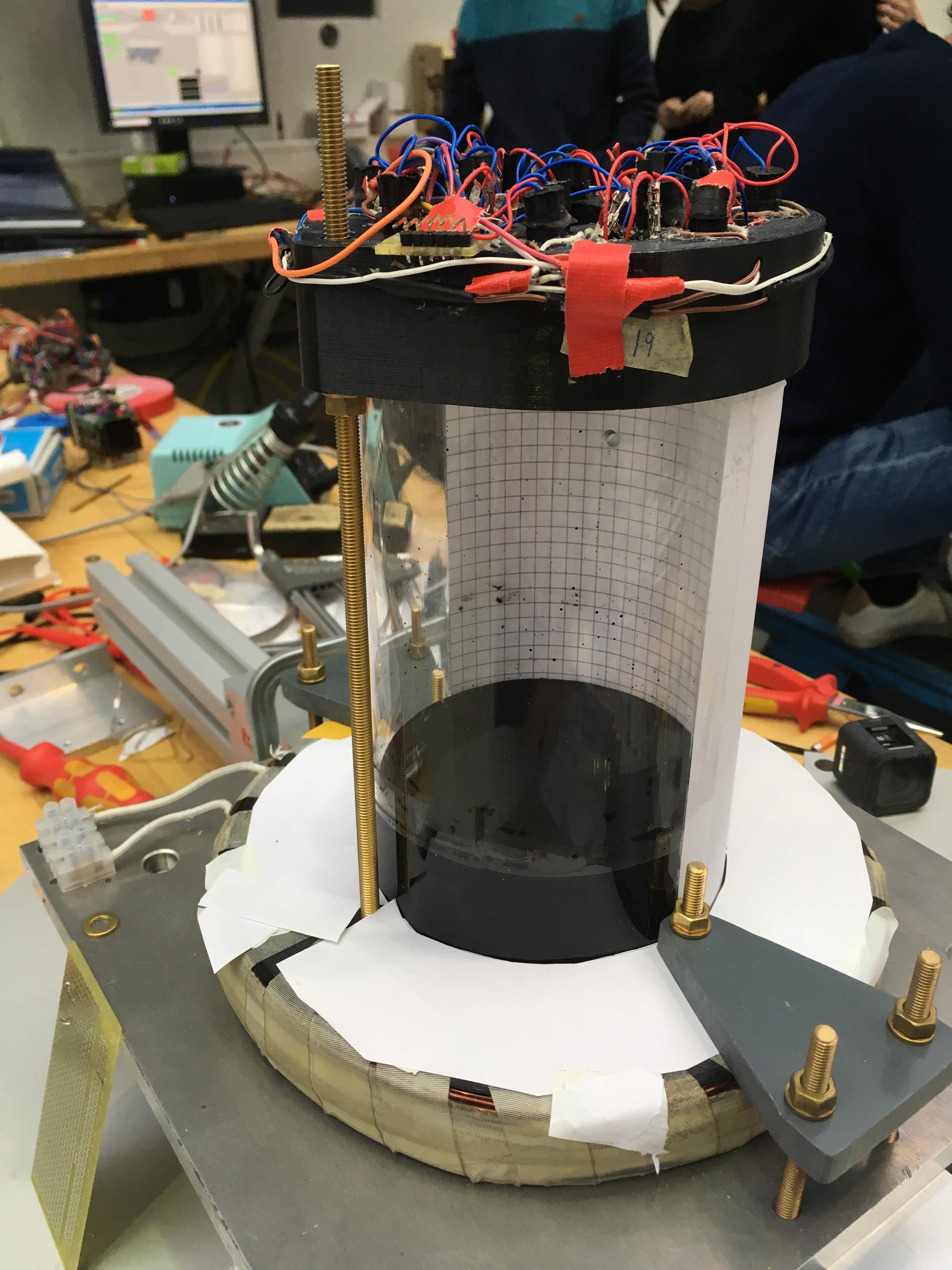 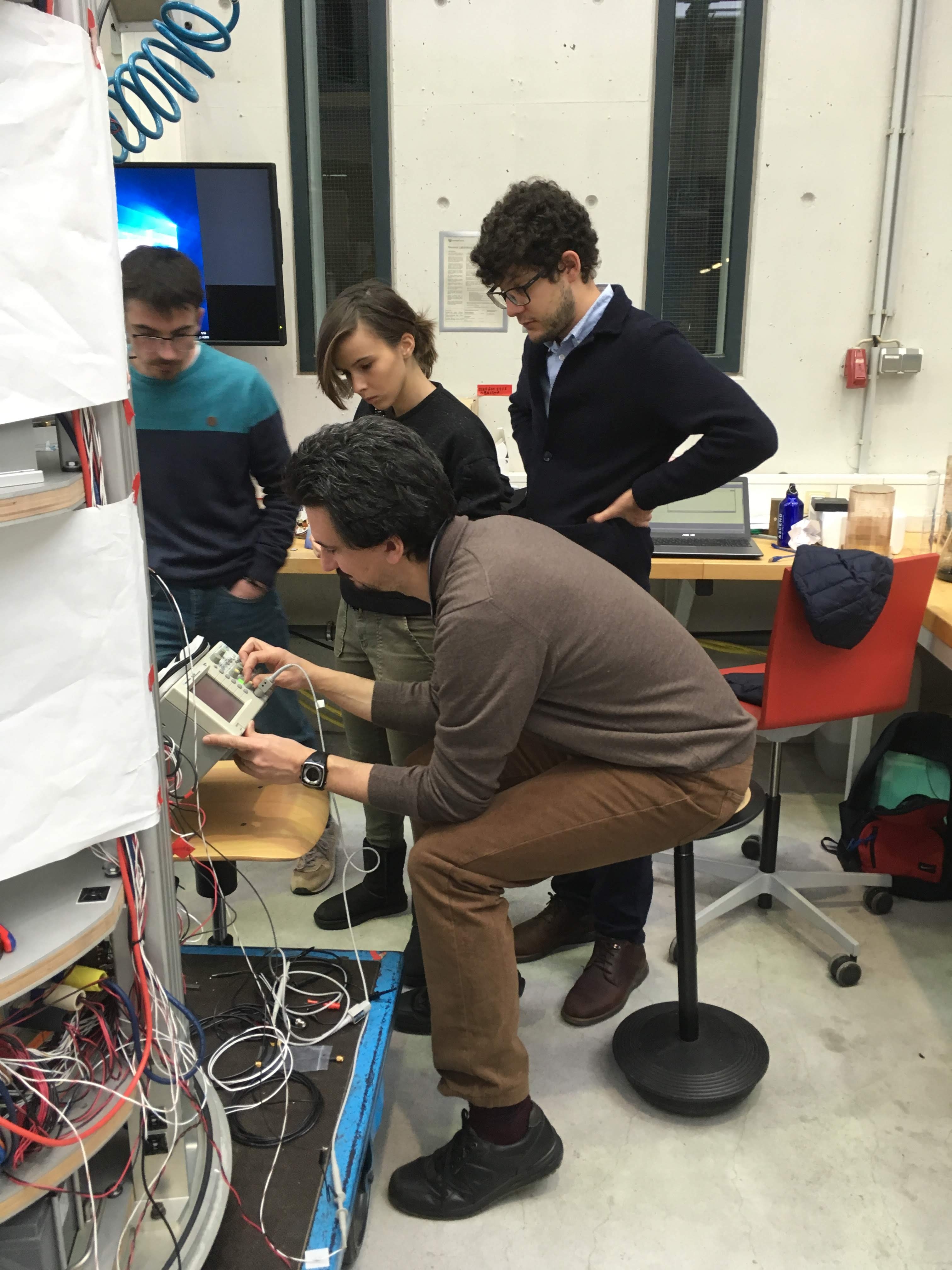 The team worked so hard on preparation again from the early morning on day 2 as well.

Finally, they completed all preparation and now ready for a first catapult shot of this experiment! 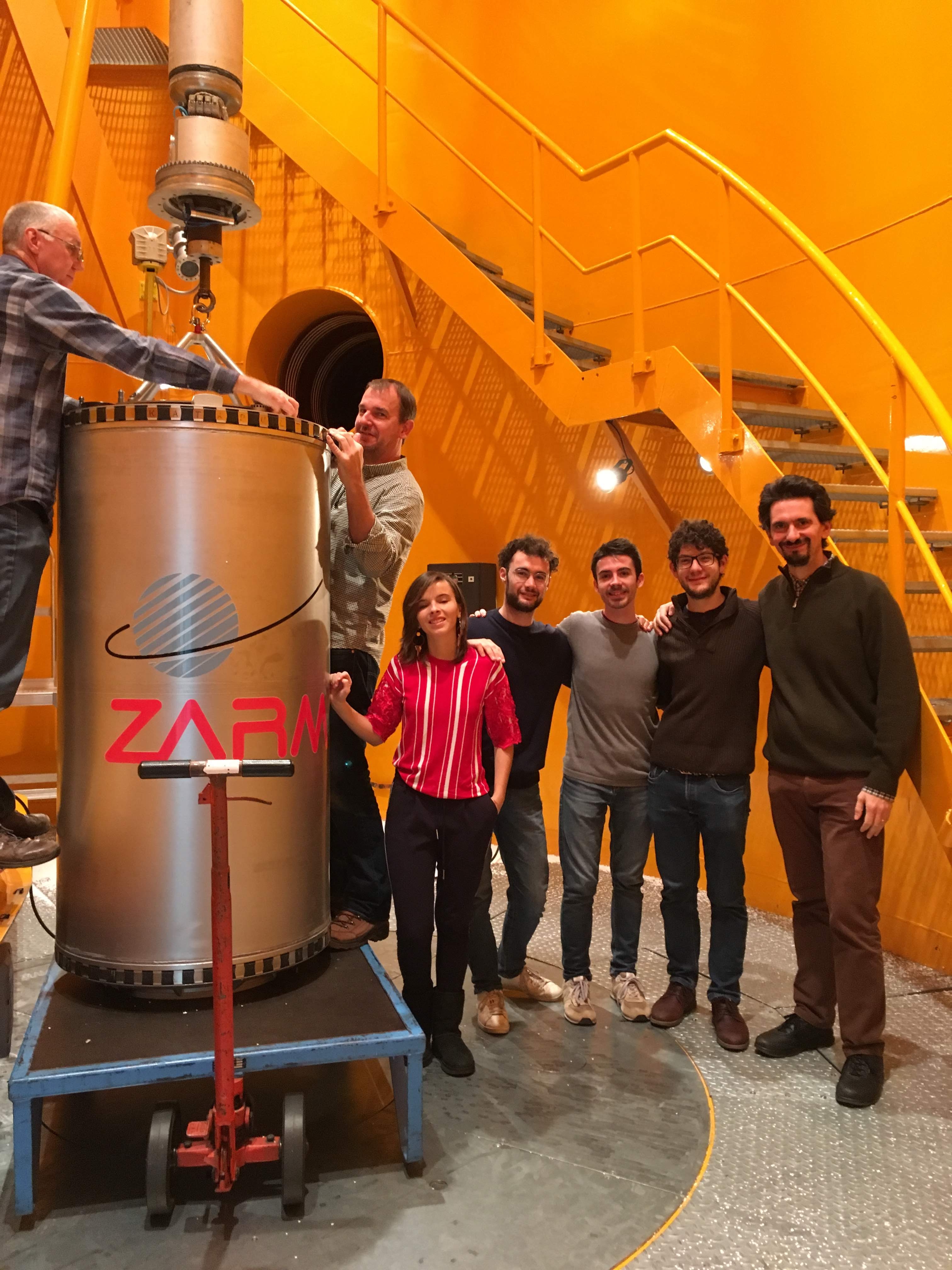 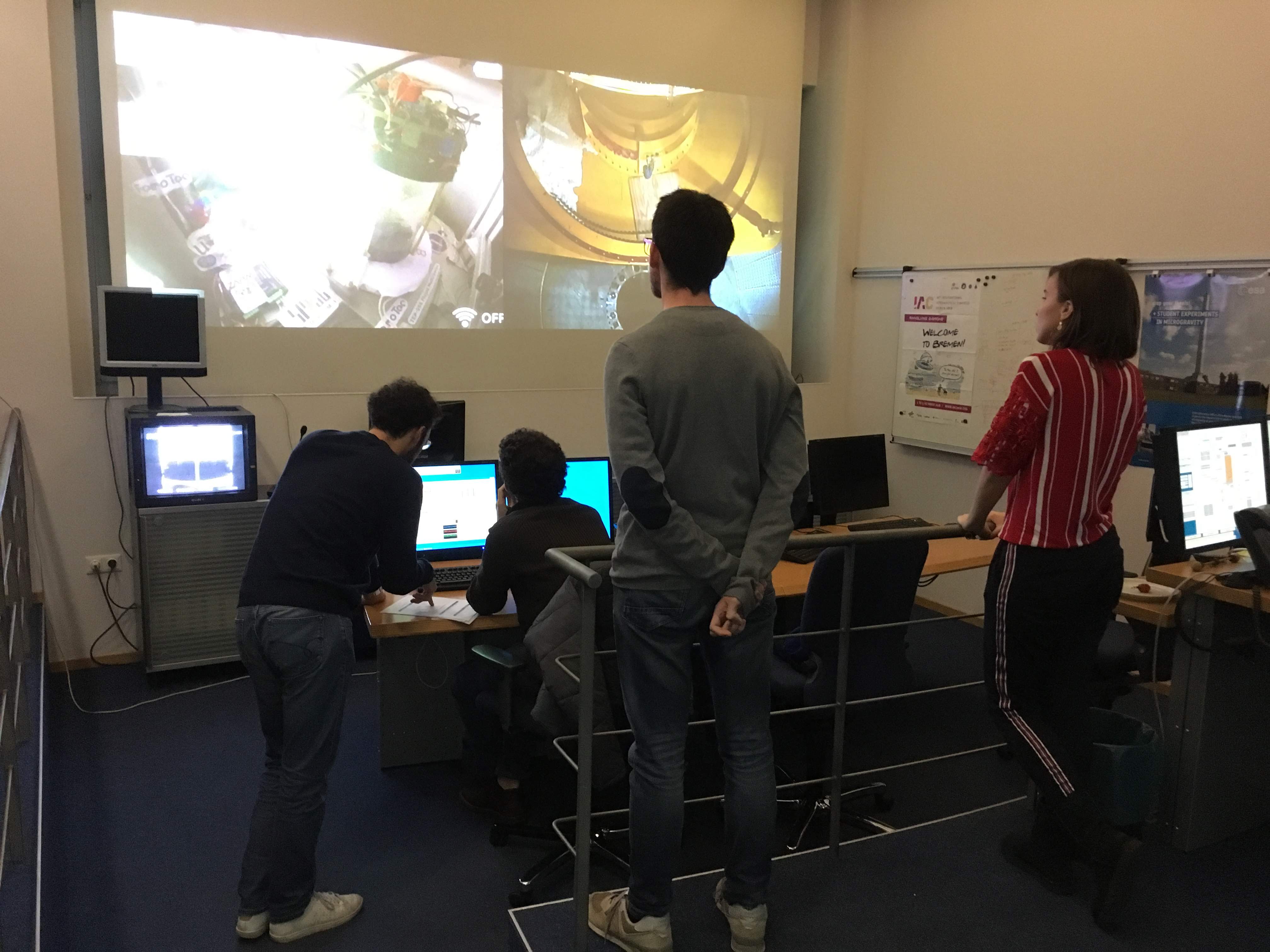 First catapult was successful. The team got video data ready to analyse on movement of ferrofluid. However one of lateral cameras did not work as expected therefore the team stayed and worked hard on that night as well to figure out the issue.

During the night of day 2, the team resolved all issues and they challenged for the second catapult. 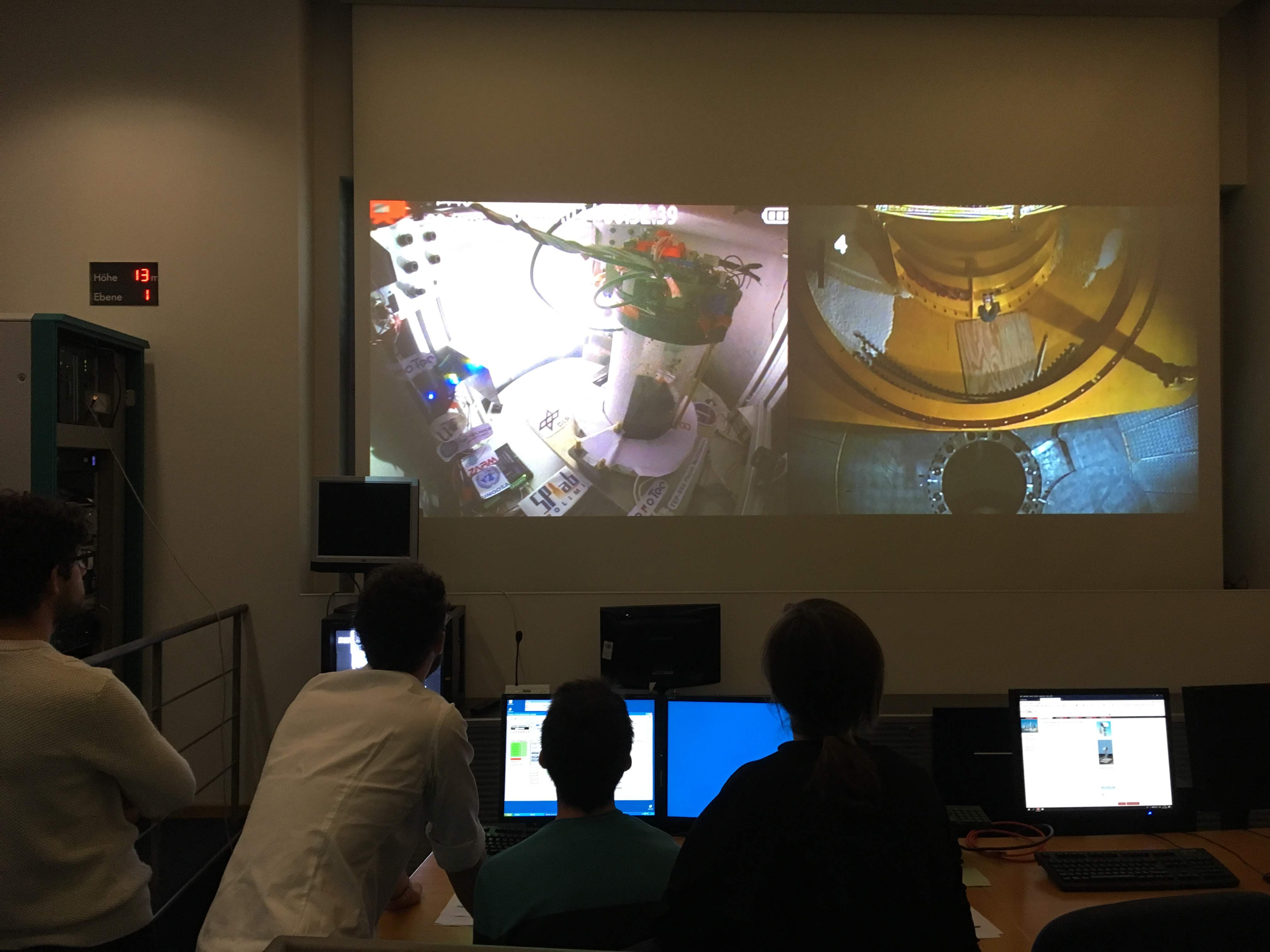 The second catapult was perfect and flawless. All cameras worked perfectly and they acquired the necessary data.

During the evening, the team played Italy-Spain match with a table football! ( Italy won. A comment from Spanish team -they were just lucky-) 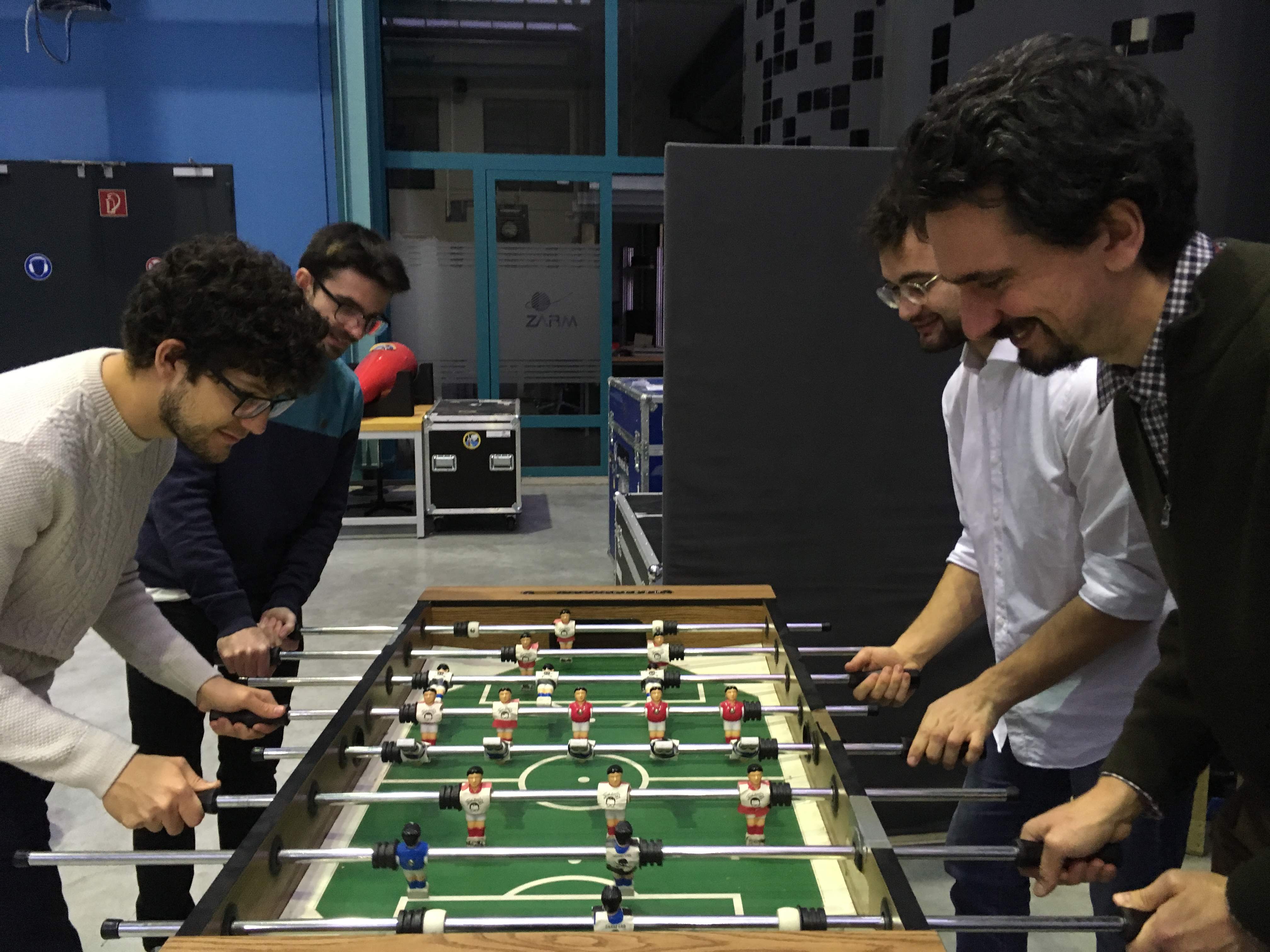 The team experienced some difficulties with one of the detection systems, but they managed to fix it. 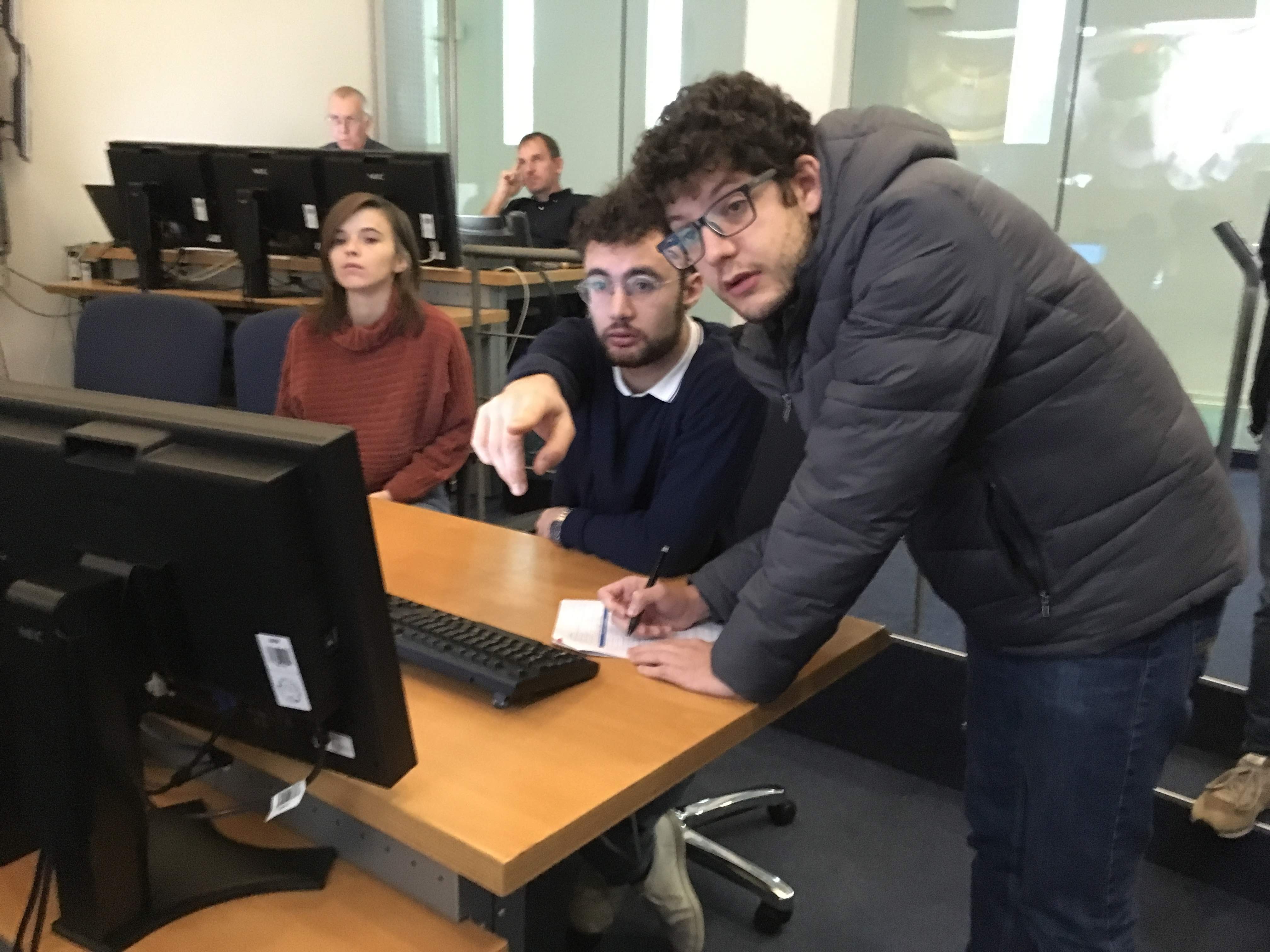 The team discovered that the remote control of their cameras had suffered a disconnection, but after discussing and testing potential solutions from the control room they were able to overcome the problem. With this drop, the team had already collected all the necessary data to consider this campaign a success.

Finally the time has come to conclude this 6 th cycle DropTES.

The weather is wonderful with clear sky as if it were congratulating our successful experiment series. 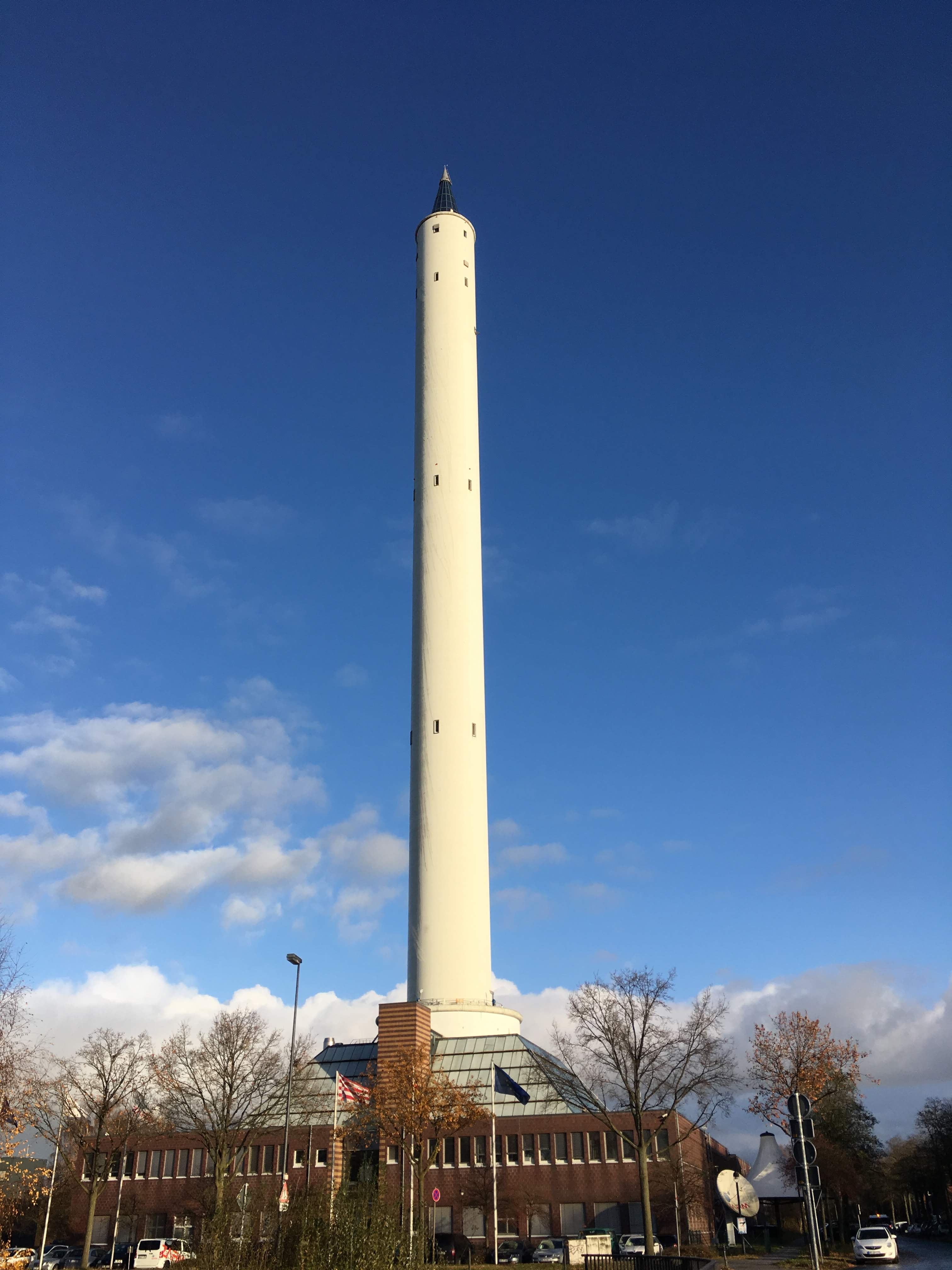 All the members from ZARM, UNOOSA and Polimi are ready for the last catapult launch! 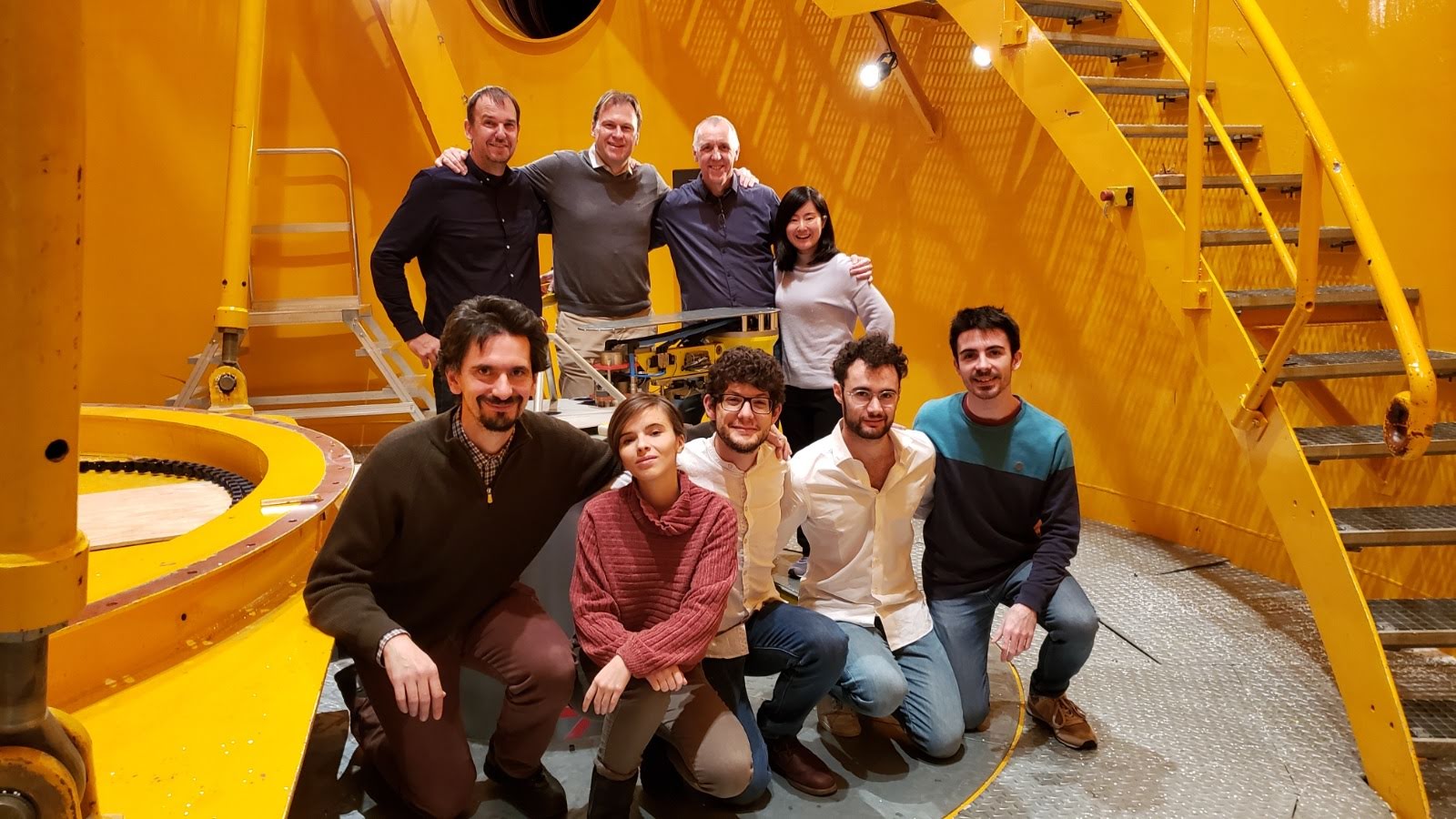 As expected, the last catapult went very well. All the subsystems worked as expected, and further data was obtained. The result from the campaign had surpassed the expectations from the team, which is currently working on data analysis and publication of scientific results. 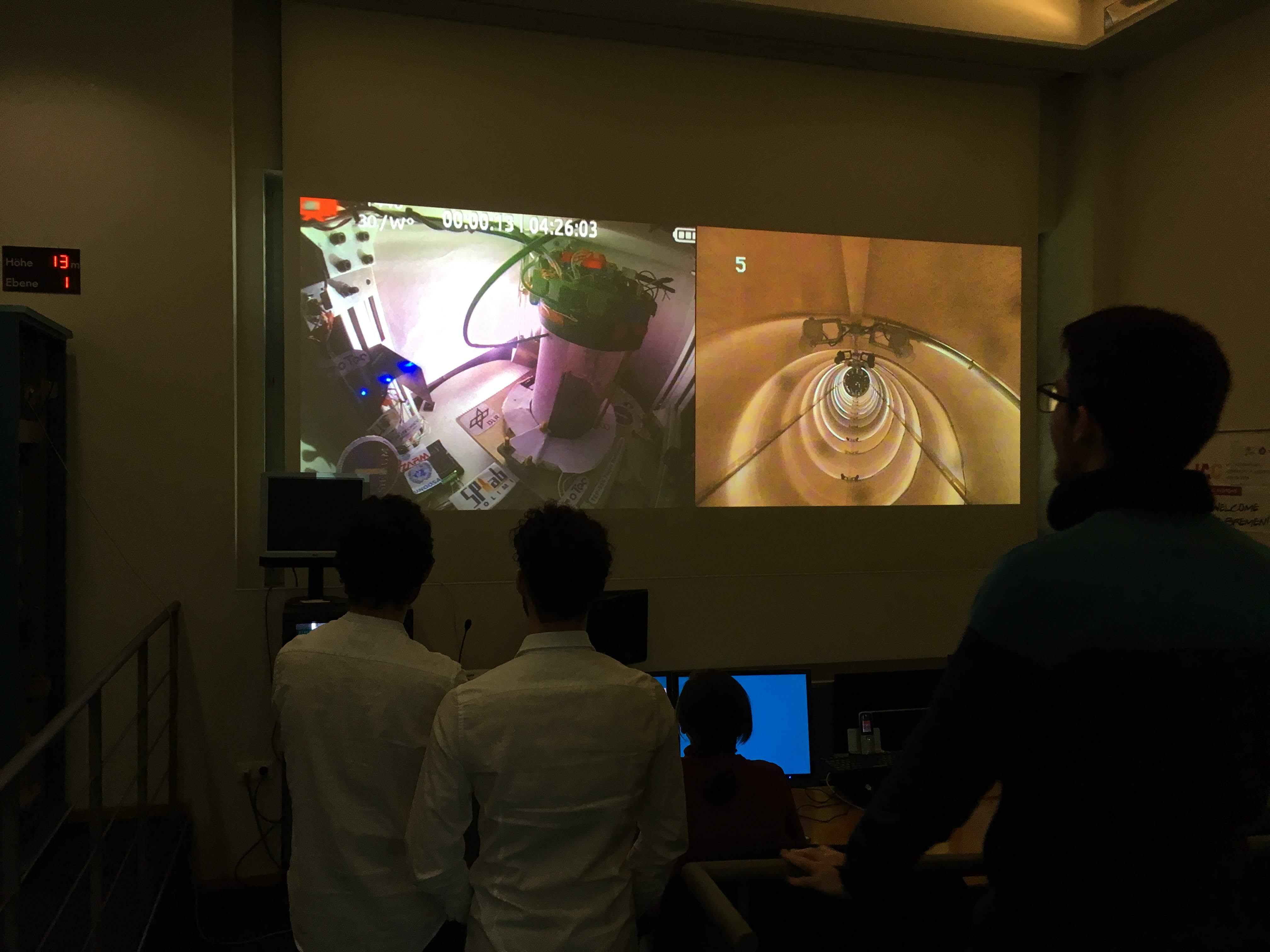 Thank you for great support always, to Thorben, Fred and Jan from ZARM! 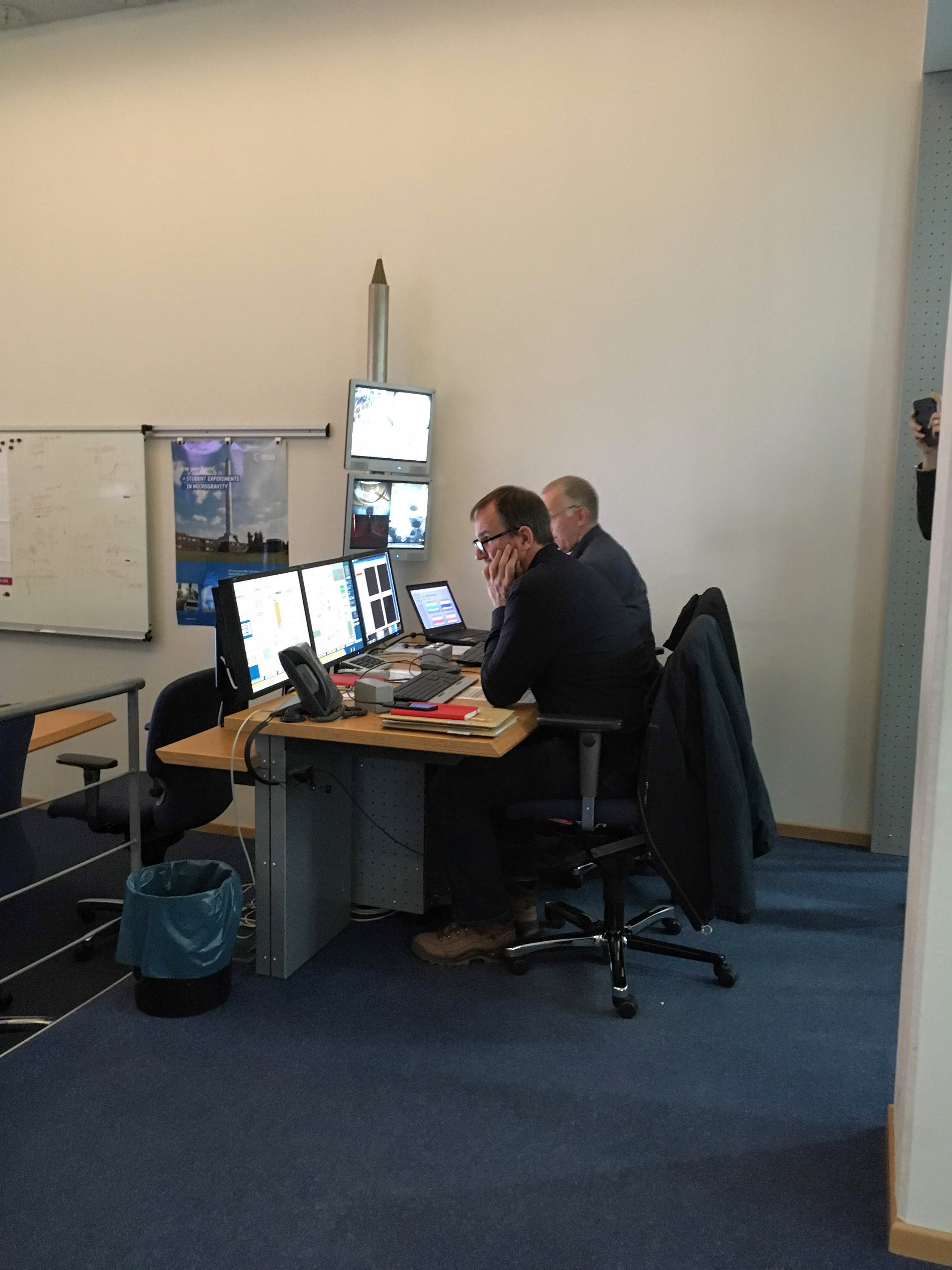 To conclude these wonderful experiments, the team together with professor dived into the deceleration chamber, a container filled with expanded polystyrene aimed at stopping the capsule at the end of the drop. 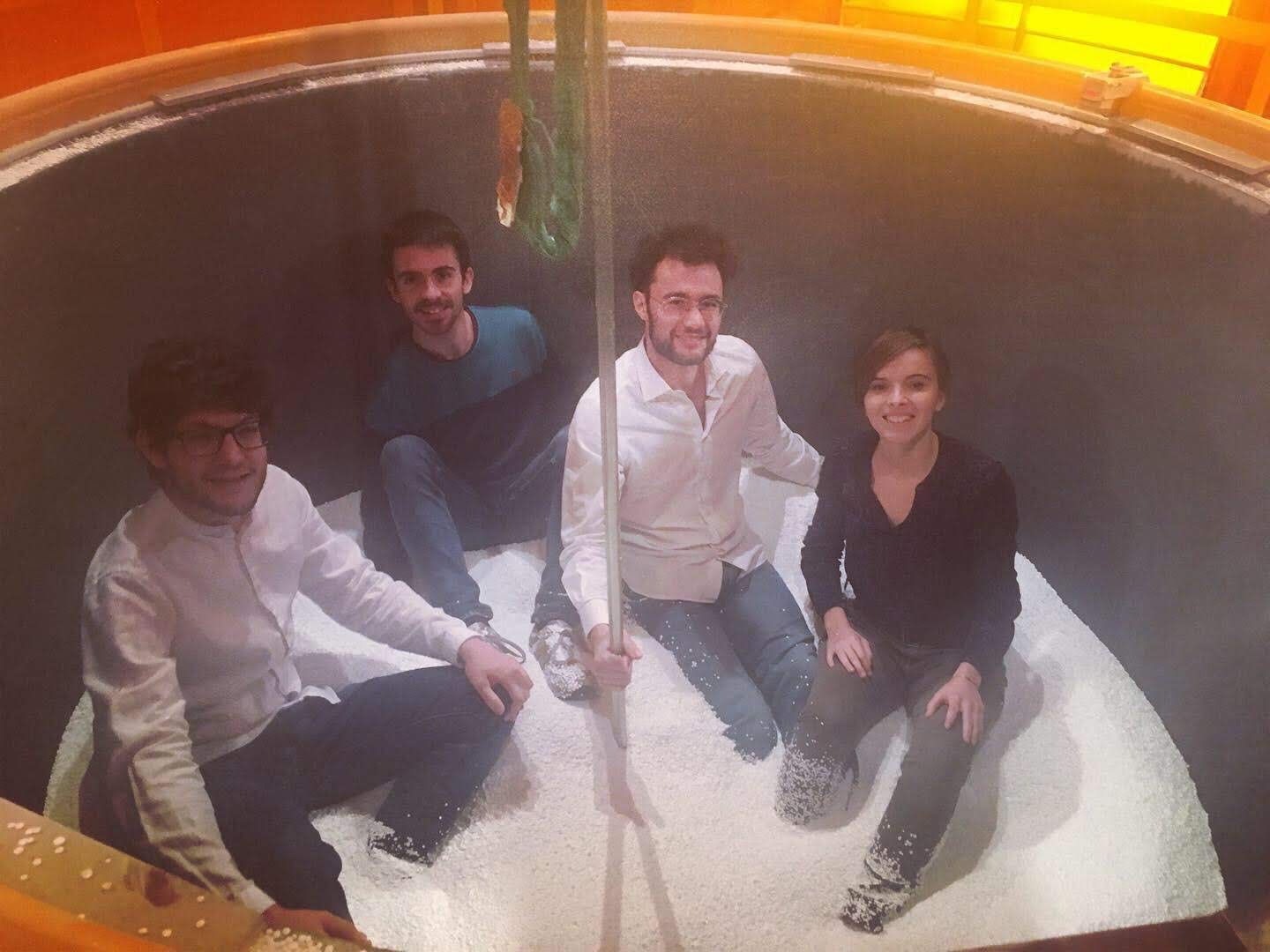 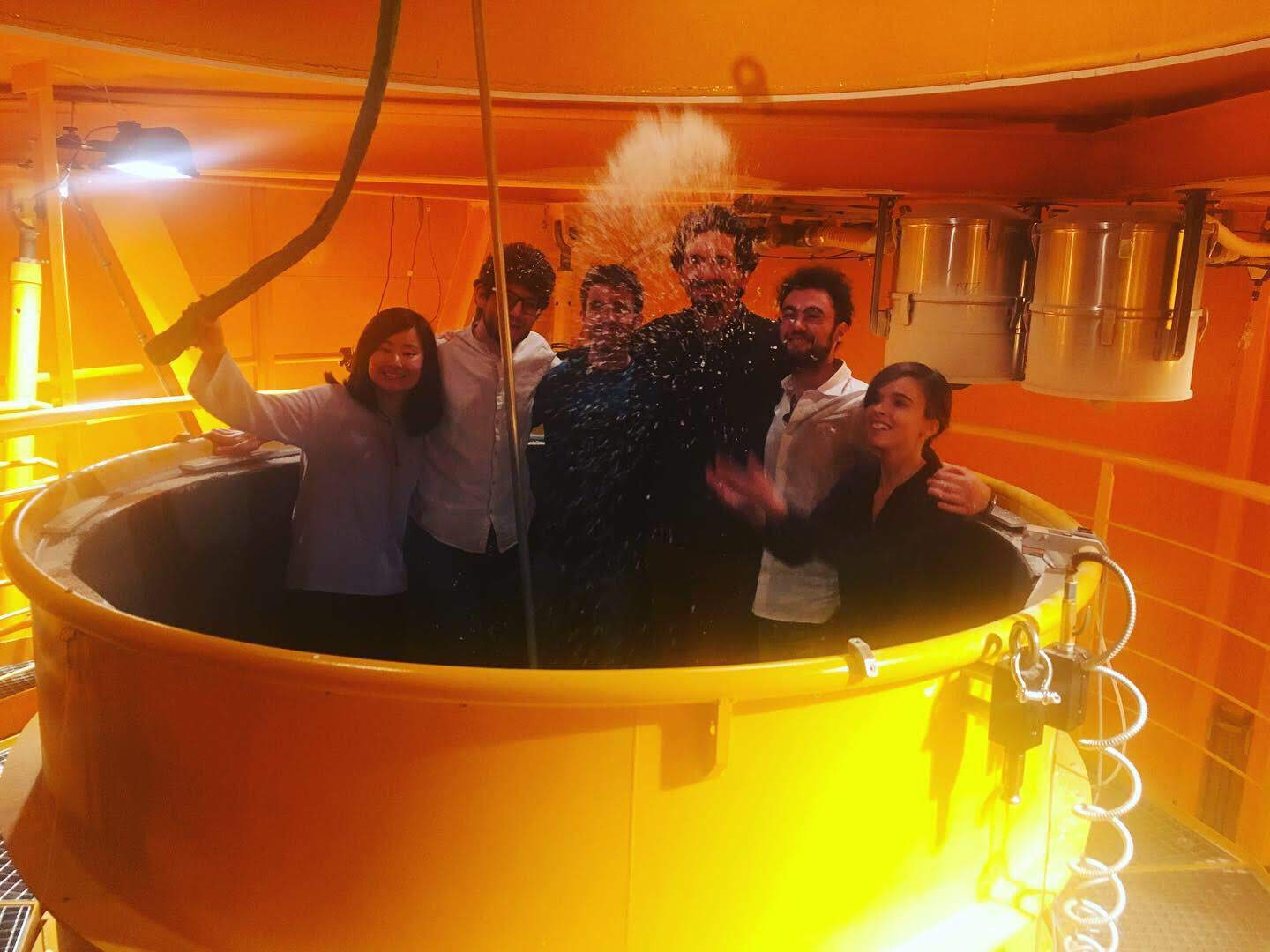 You will see FINAL REPORT from the team Polimi soon.