Cracking the shell of a hard-science dominated sector: my experience as a young political scientist presenting research at a space tech conference - by  Sam Arne Whalley 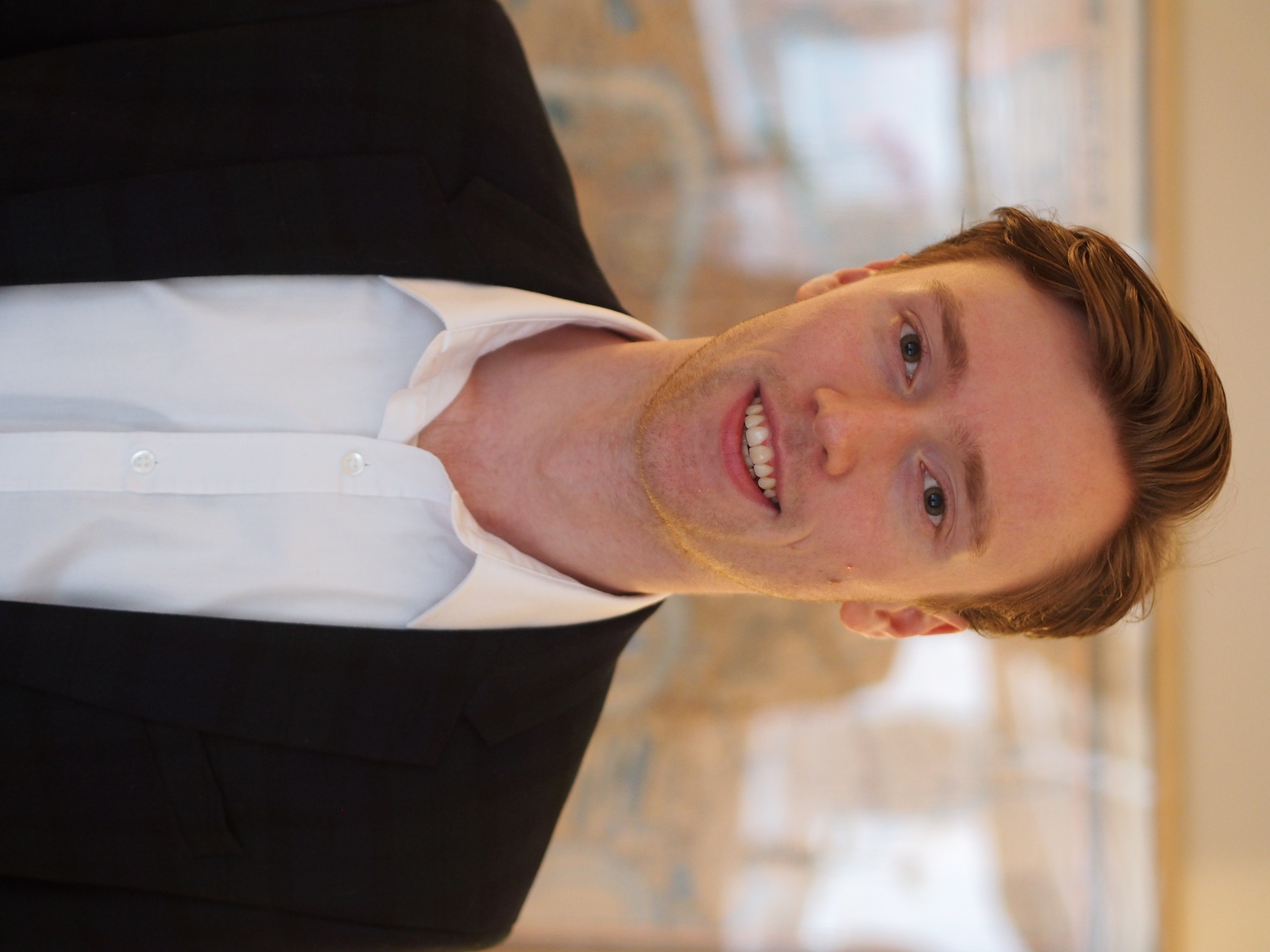 Having spent years aspiring to enter the space sector as a political scientist, when, at 20 years old, an associate of mine staunchly declared that '99% of jobs in the sector are just for 'hard scientists'', to say I was simply disappointed would have been an understatement.

I was in the midst of a bachelor's degree in International Relations, and had recently been elected one of the youngest ever Fellows of the Royal Astronomical Society in London as a result of my writings on matters related to Green Space Politics, particularly focusing on the worsening state of the so-called 'Orbital Space Debris Crisis'. I had always been fascinated by space, and by growing up in what can arguably be considered as the Second Space Age, with near constant exposure to the multitude of technological developments in the sector, it would have been difficult for me to have not become progressively more and more interested in the sector. And, upon beginning my studies in the political science field, I was inevitably drawn into the legal and political questions which loom over the contemporary space sector.

Being a young and cocky bachelor's student, I was keen to make my mark on the space-politics field. However, the somewhat pessimistic sentiment of this associate of mine continued to rattle in the back of my mind, and I began questioning how rational I was in my pursuit of a career in this supposedly 'hard scientist' dominated sector. The more encouraging and positive reality of the situation, however, became apparent when I started looking for opportunities that could allow for me to present my own work and research. I subsequently found such opportunities in the form of international space research conferences.

Space-related research conferences offer a diverse range of opportunities for those who wish to pursue careers in the space field; be that for those interested in aeronautical engineering, architecture, legal research, with such a wide array of related conferences, there truly is something for everyone. Seemingly, however niche your field of interest may be, finding the appropriate research conference is absolutely possible and can provide a platform to share your work with other industry professionals and researchers, build a network, and immerse yourself in the practical and academic developments of your chosen subject area.

I found my new niche in a conference series dedicated to the burgeoning field of interplanetary 'cube' satellites (iCubeSats). Due to my previous focus on 'Green Space Politics', I decided to explore how this subject area could potentially be applied to the context of contemporary development and utilisation of iCubeSats. I turned my attention to 'planetary protection policy', an area which has, legally speaking, remained largely unchanged since the Outer Space Treaty of 1957, and seeks to prevent the biological contamination of other celestial bodies as a result of clumsy (biologically speaking) missions. This was an entirely unexplored area of focus within the niche of iCubeSat utilisation and development, and I dived into it alongside my bachelor's studies.

Following the acceptance of my abstract, which opened the door for me to present my research at this chosen conference, I began to explore who else will be presenting alongside me over the course of the two-day conference. It was at this point that I realised the gravity of the situation which I had voluntarily dived head-first into. Aside from the mild-anxiety caused by the list of organisations being represented at this conference, including the likes of ESA, DLR, etc., I quickly realised that I was one of the youngest in attendance, the only 'soft-scientist' in attendance, and also the only soft-scientist who will be presenting their research. The aforementioned sentiment of my associate once again flashed in my mind, as I realised that I will be addressing a crowd comprised mostly of hard-scientists, who may not be interested in the political, legal, and even ethical questions on the nature of future biological contamination via iCubeSat utilisation. However, I tried to not let this deter me from my long-standing dream to work in the space sector, and spent the following few months compiling my presentation and finalising my research.

The conference took place in Milan, and happened to coincide with my birthday. I was able to spend a week in the city with my girlfriend, and drowned my conference fears in copious amounts of good pasta. 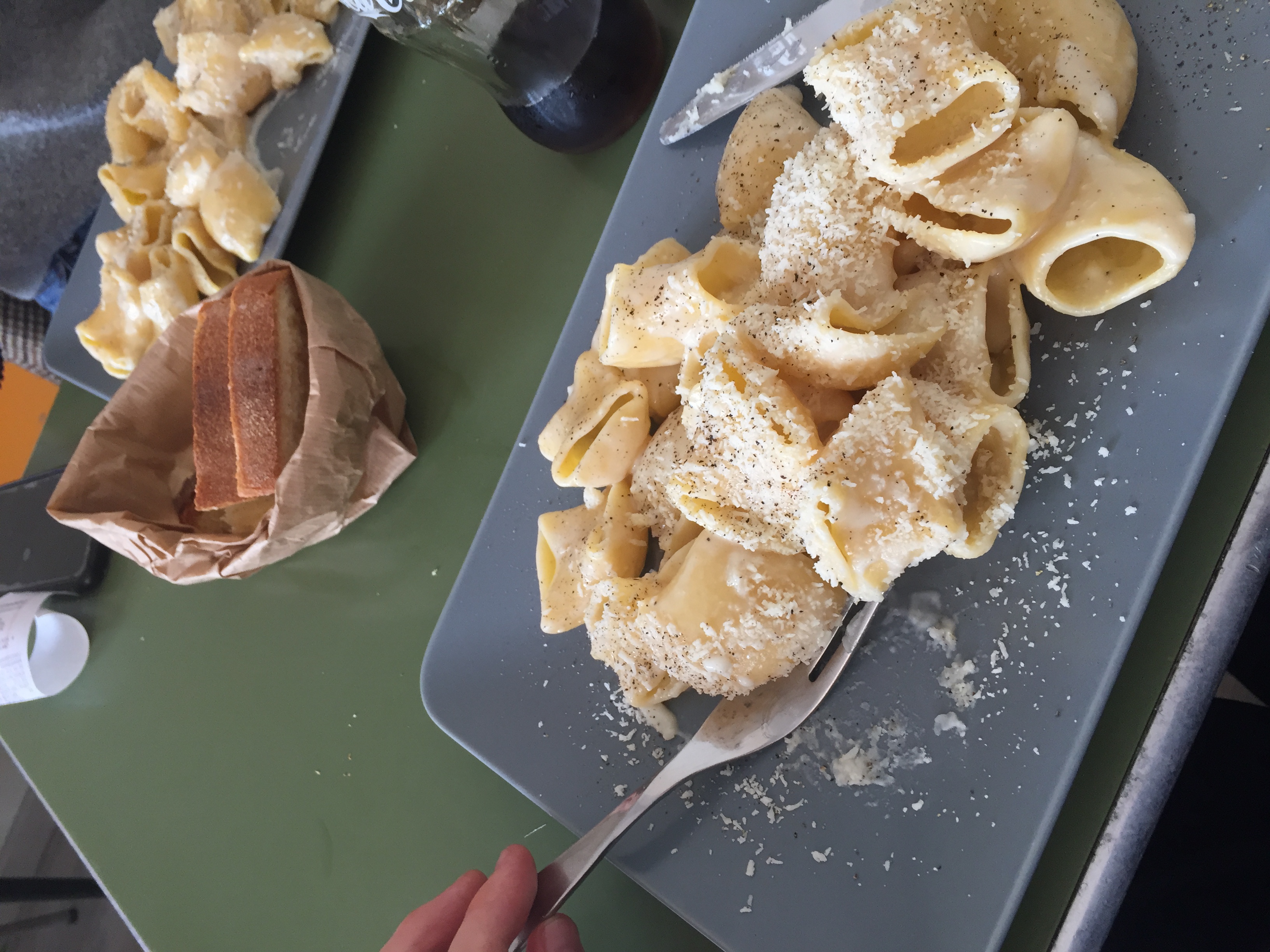 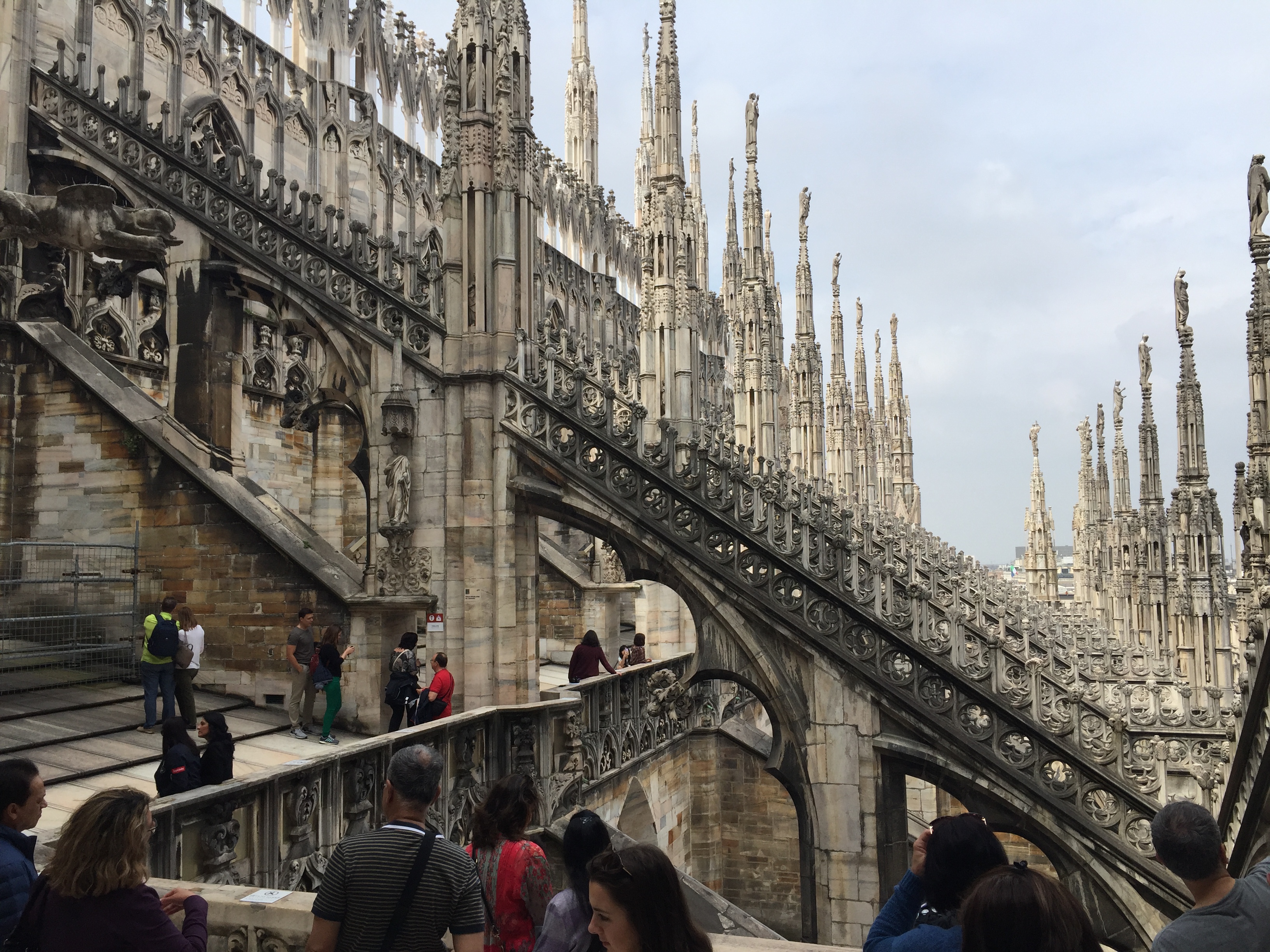 Aside from this brief holiday, on the first day of the conference, I was blown away by some of the incredible young talent presenting their projects. I particularly noticed the competence and passion of the young engineering students of the university hosting the conference, Politecnico di Milano, and of the various student iCubeSat teams from countries such as India and Bangladesh (among many others). 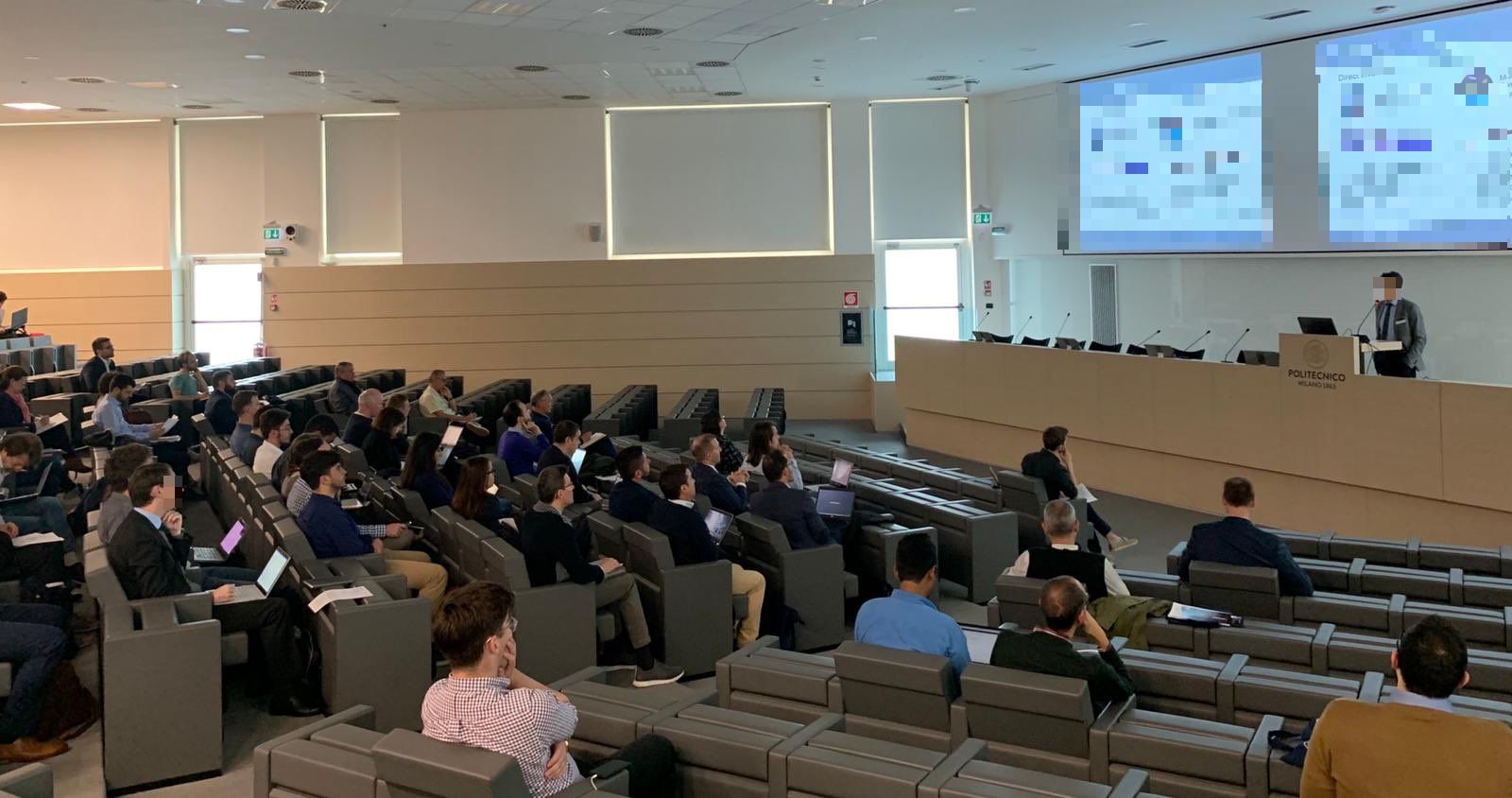 A snapshot of one of the presentations in full-swing

For the sake of the story, I wish that, when the time for my presentation finally came, that it resulted in a grand and exciting climax. However, the reality was slightly different. My presentation overran slightly, but was otherwise smooth-sailing and was seemingly well received, resulting in wide engagement with the conference attendees both directly following the presentation and also over the rest of the conference; some of whom I am still in contact with today. 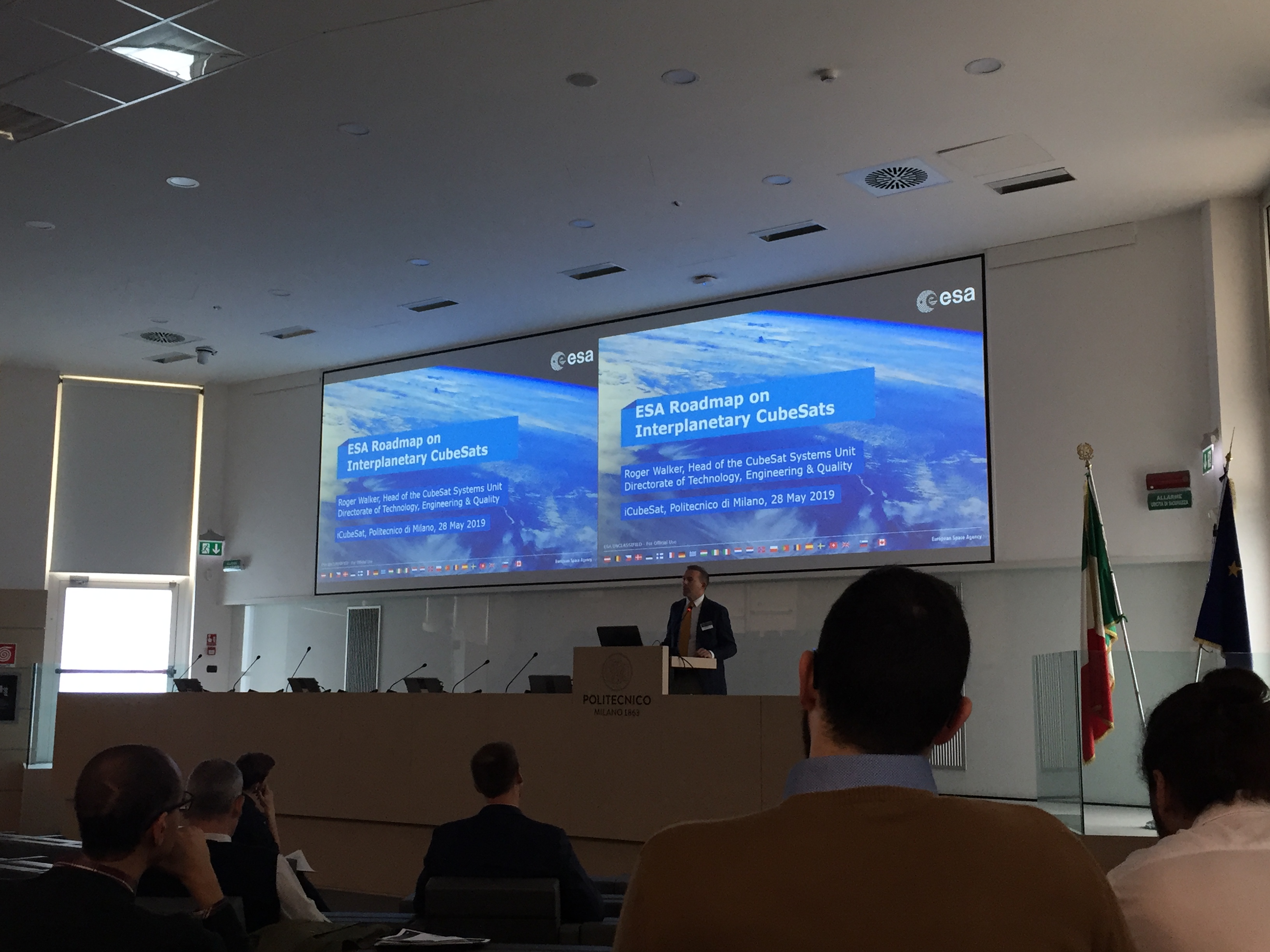 ESA kicking off the conference presentations

This lack of a dramatic ending, however, is the primary reason as to why I believe this story is important to share with other young professionals and academics who dream of entering or furthering their positions in the space sector. I was perhaps somewhat misguided in my entering into a conference in which I was the only 'soft-scientist' in a pool of exceptional and passionate 'hard scientists'. But the outcome was nonetheless great: I got to learn a lot about a new field and so did my audience - hopefully - and I made interesting contacts in the sector I dream of working in. 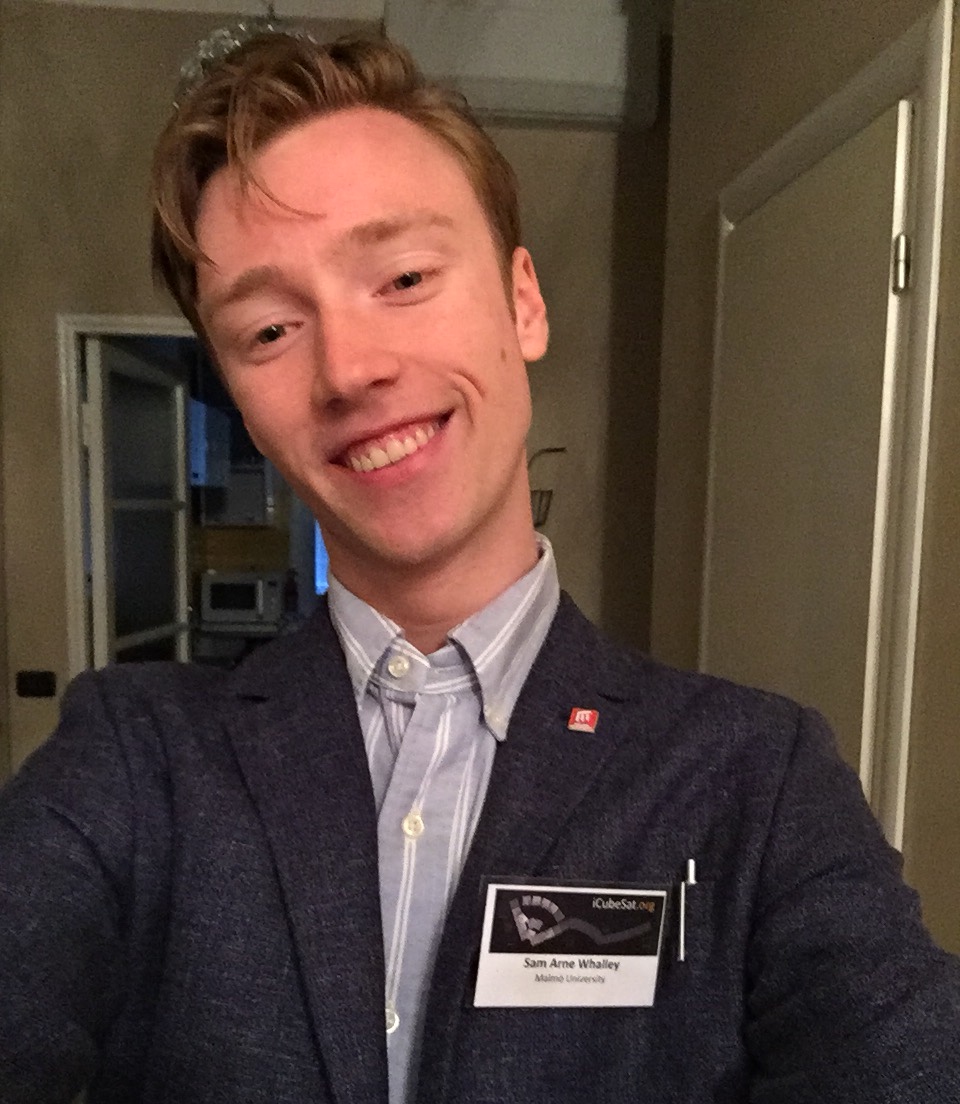 Trying to stay positive following the 5am start on the day of my presentation.

Since the conference, I have sought to engage myself widely in the field and I am certain that this conference has a positive impact on applications I put forward both for my academic and professional pursuits. I have since begun a master's degree in European Affairs, received grants and scholarships to pursue my own research projects, coordinated a series of space law and politics lectures, and I have recently undertaken a new position as a Research Fellow for an independent research institution; all of which are steps which can be seen to have contributed greatly towards my securing of an internship position with ESA, which I will begin in the latter half of 2021.

If you can find a specialisation you love, it is very possible that there will be a conference series, focusing on said area of interest, which you could contribute towards. Be that as a 'soft scientist' like myself, or as a 'hard scientist', one should never look at the space sector, being so broad and multi-disciplinary in nature, with apprehension in relation to whether or not there is a spot for you to fill. Global space governance would not be possible without a range of professions, such as diplomats, government officers, and communication professionals, just to name a few. These different professions are well represented in the work of UNOOSA, an organisation which encompasses areas including space law, space applications, and space diplomacy, and has professionals from all of these fields in its ranks.

Regardless of where your passions may lie, as long as you engage yourself with the sector and specialise in an area that interests you, your academic background should not slow you down in your pursuit of a space related career, and conferences provide an excellent platform from which young professionals, regardless of their backgrounds, can begin this journey.