Space2030: Space as a driver for peace

Members of the space community join Heads of State and UN entities for UNGA event on the Space2030 agenda: space as a driver for peace.

UNITED NATIONS, New York, 25 September 2018 - on the side of the UN General Assembly High-Level Week, the UN Office for Outer Space Affairs (UNOOSA) joined the UN Office for Partnerships and SpaceTrust to co-host the event 'Space2030 agenda: Space as a driver for peace'. The event saw members of the space community, including private sector and civil society stakeholders, gather with Heads of State and other high-level government representatives for an exchange on the importance of international cooperation in the peaceful uses of space and the role space can play as a driver for peace. 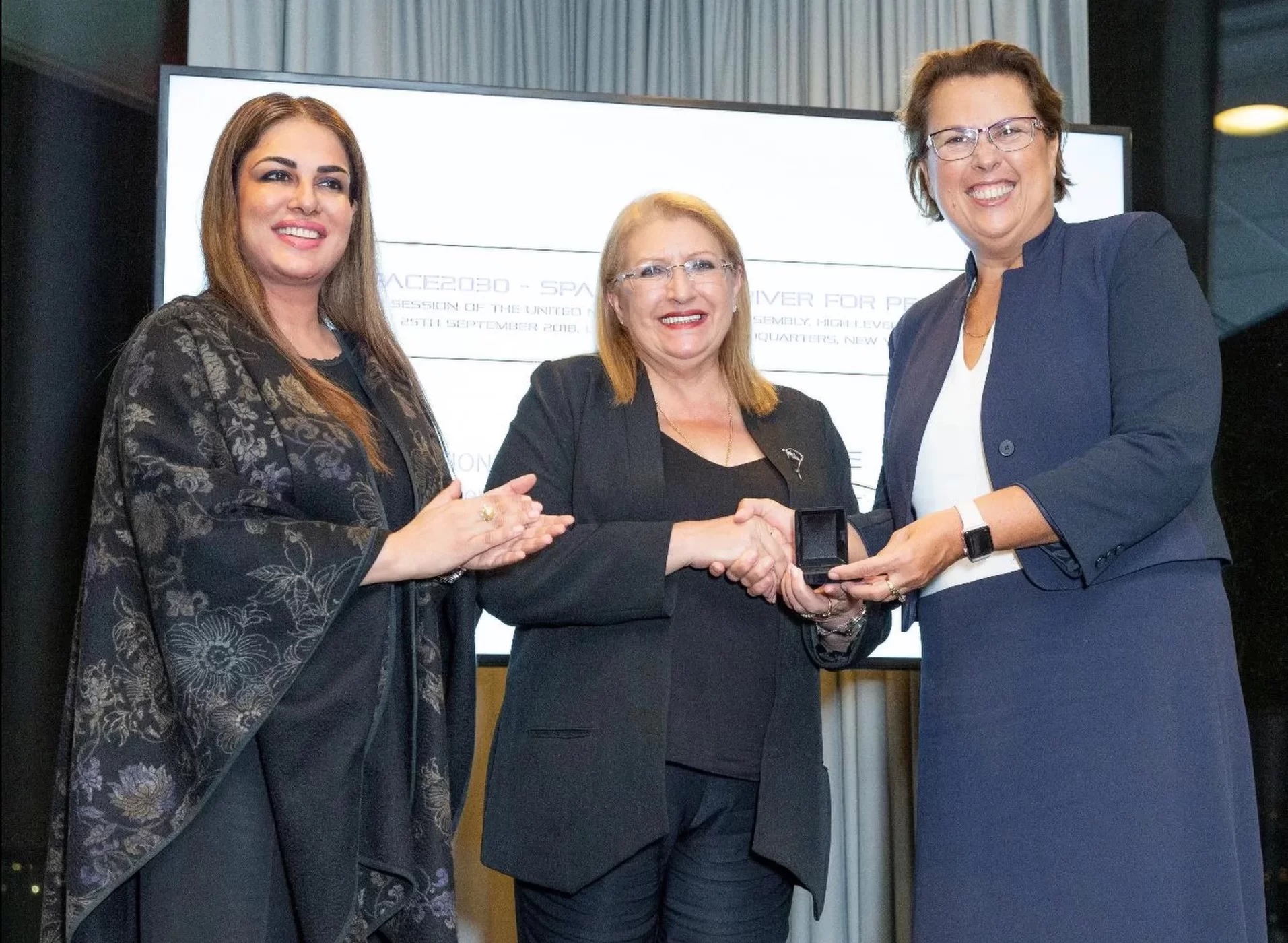 The event also presented an opportunity for speakers to reflect on the contribution space is making to the 2030 Sustainable Development Agenda and on the benefits of peaceful collaboration in space. In the context of the 2030 Sustainable Development Agenda, speakers noted that this was the world's first data-driven approach to global development, a fact underlining the key role space science and technology is playing in supporting sustainable development. In this regard, there is a need to continue exploring how we can work collectively to deliver the full potential of space for sustainable development. The path to realizing this ambition will be captured by the "Space2030" agenda, which UN Member States will negotiate over the next two years through the UN Committee on the Peaceful Uses of Outer Space (COPUOS). The Space2030 agenda promises a step change in how space is considered in the UN system, with Member States laying out a vision to enhance the use of space science and technology for the attainment of the 2030 Sustainable Development Agenda. 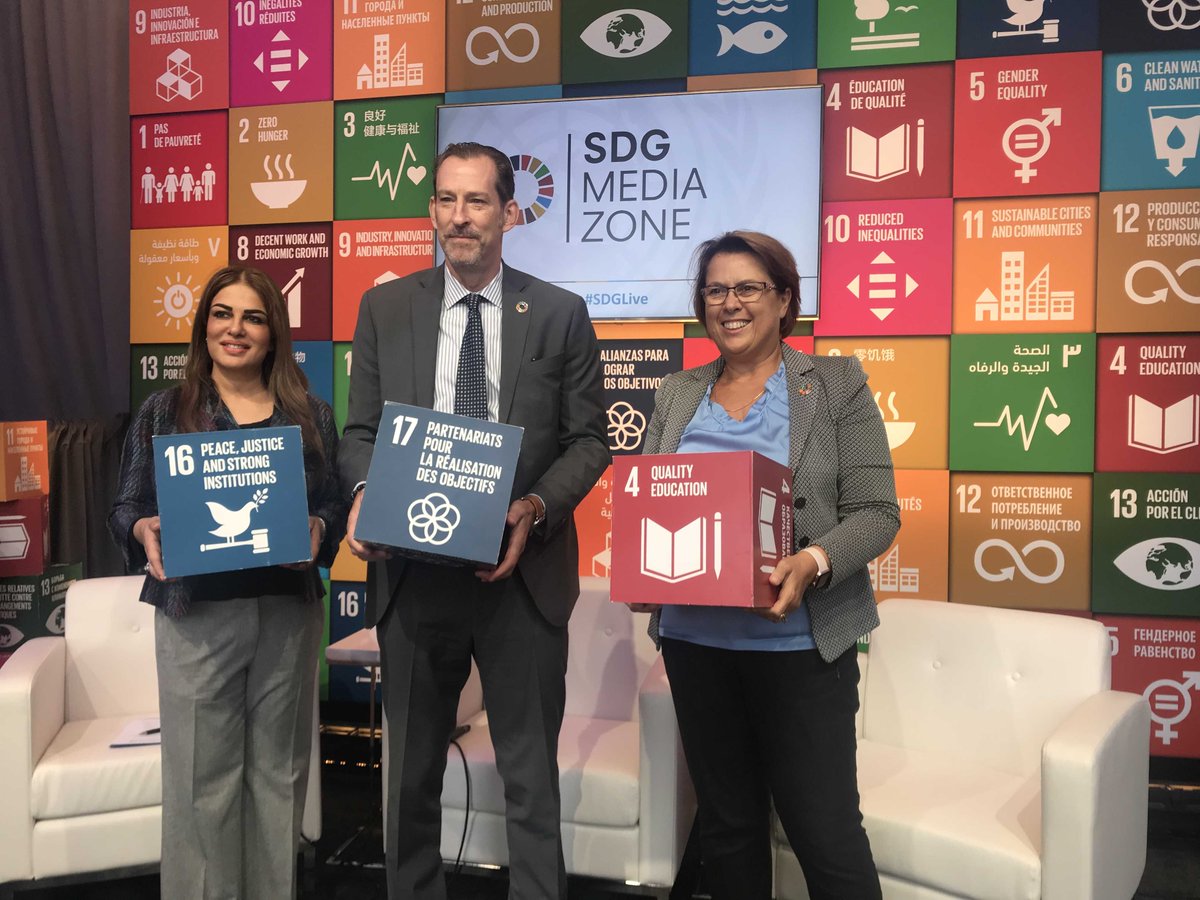 In her opening remarks at the event, UNOOSA Director Simonetta Di Pippo emphasized how fundamental space has become for effective policymaking in the 21st century and drew on examples of international cooperation in space driving technological progress.

"For over half a century, the UN has been supporting the peaceful pursuit of common goals in space that have illustrated the very best of what humankind can achieve. It is fundamental that we continue to bring the benefits of space to everyone, everywhere", the Director said.

Namira Salim, founder and chairperson of SpaceTrust, built on these sentiments noting that "as space becomes inclusive to all sectors, we advocate inspiring everyone to witness how political boundaries dissolve, as we look back at our planet, from space". 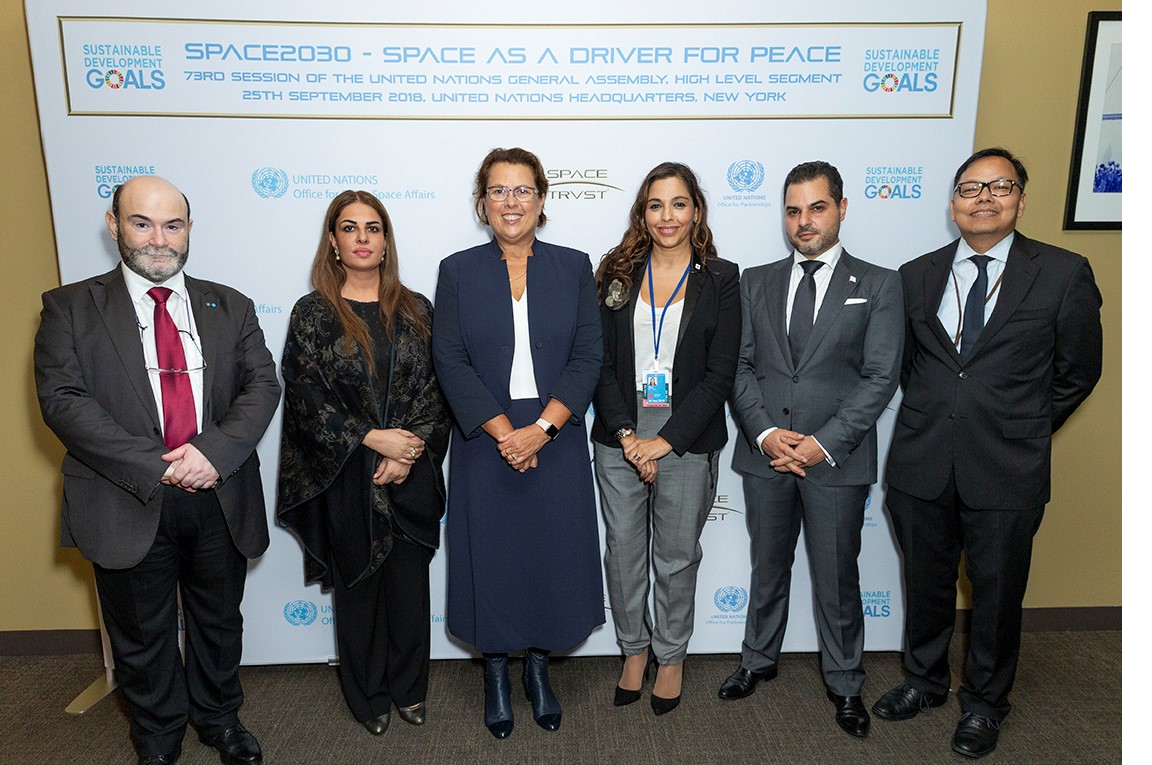 The event also saw addresses from the President of Malta, as well as from high-level speakers from the Governments of Cyprus, Italy and Indonesia. The Government representatives delivered a range of remarks touching upon the importance of Space2030 agenda and the role of international cooperation in space as an example of peaceful collaboration.

Participants had the opportunity to reflect upon the inherently transnational view of the world offered by space, through SpaceTrust's 'Black Marble Earth' exhibit.

Learn more about the work of UNOOSA here.

Learn more about the work of SpaceTrust here.

Learn more about the work of the UN Office for Partnerships (UNOP) here.